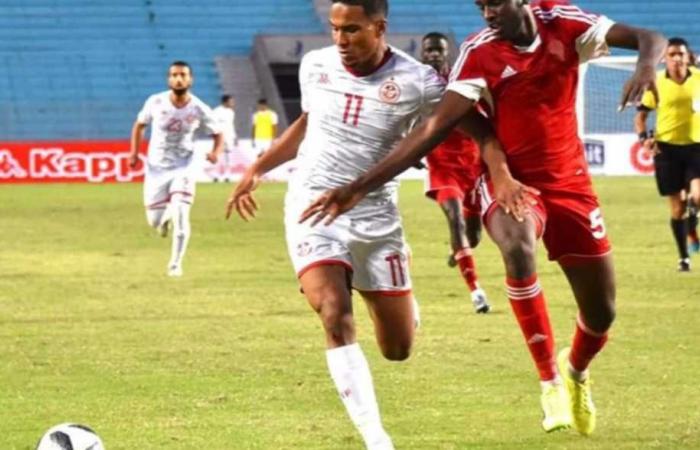 Tunisia beat Mauritania by three goals to nothing, in the third round of the group stage matches of the 2022 World Cup qualifiers.

Tunisia advanced with the first goal in the 15th minute from a missile shot at Al Tayer from Elias Skhiri.

Wahbi Khazri added a second goal in the 42nd minute after a cross from Wahbi Kchrida, which Khazri met with a touch in the goal, before colliding with a Mauritanian goalkeeper and receiving treatment, and the first half ended with Tunisia leading with two goals.

In the second half of the match, Pyramids player Fakhr El-Din Bin Youssef and Zamalek player Seif El-Din Al-Jaziri participated in the 66th minute, instead of Wahbi Khazri and Naim Saliti.

Montaser Talbi participated in the 76th minute, accompanied by Mohammed bin Ramadan, in the 77th minute, instead of Yassin Meriah, and Anis Simani, before Munther Al-Kabeer concluded his substitutions in the 84th minute by entering Sebastian Tonketti instead of Saad Bakir.

Jaziri added Tunisias third goal in the 84th minute. A cross from Ali Maaloul, Saif Al-Jaziri met it with a touch on the right post, to bounce the ball to Al-Jaziri, who received it and then deposited it successfully in the goal.

On the other hand, Arab Mokawloon player Mamadou Niass was on the Mauritania bench, and he did not participate in the match.

The victory raised Tunisias tally to 9 points at the top of the second group standings, while Mauritanias balance froze at zero points in the last place.

In the same group, Equatorial Guinea defeated Zambia with two goals to none.

These were the details of the news FilGoal | News | Al-Jaziri scores from the industry... for this day. We hope that we have succeeded by giving you the full details and information. To follow all our news, you can subscribe to the alerts system or to one of our different systems to provide you with all that is new.