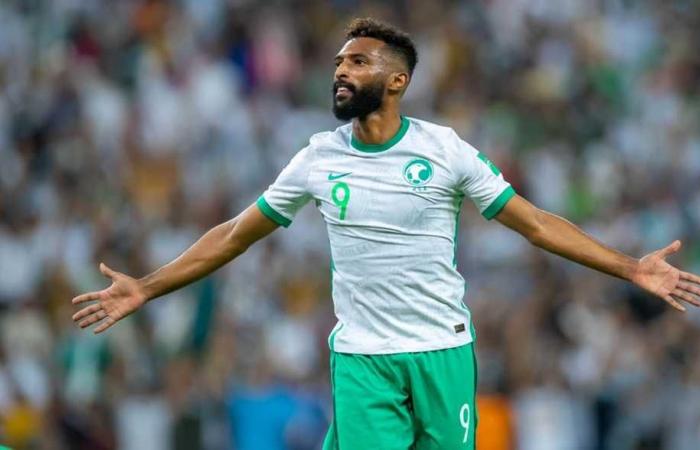 The Saudi national team defeated its guest, Japan, with a clean goal, as part of the third round of Asian qualifiers for the 2022 World Cup.

This came thanks to the goal of Firas Al-Braikan, Al-Fateh striker, in the 71st minute, 7 minutes after he came down instead of Saleh Al-Shehri.

The victory raised Saudi Arabias balance to 9 points at the top of Group B, while waiting for the result of the match between Australia (6 points) against Oman (4 points) to see if the first will return to sharing the lead with Al-Akhdar.

In the same group, China won its first victory in the qualifiers, at the expense of its guest, Vietnam, with three goals to two.

The host scored a goal signed by Zhang Yuning, which was canceled due to offside in the 37th minute, and in the 57th minute the same player scored the first goal.

China extended their lead through Wu Lei in the 76th minute, but Vietnam managed to make a late comeback with Hon Tan Tai in the 81st minute and Nguyen Tin Lin in the 90th minute, before Wu Lei eliminated this rebellion in the 95th minute with the third goal Chinese.

The result left China in fifth place with 3 points after two defeats against Australia and Japan, while Vietnam finished bottom of the group without points after losing to Saudi Arabia and Australia.

On the other hand, the UAE national team lost to its guest, Iran, with a clean goal, scored by Mehdi Tarimi of Porto in the 70th minute.

The victory raised Iran’s tally to 9 points at the top of Group A, while the UAE team ranked third in qualifying for the playoffs with two points, 5 points ahead of the second-placed Korea team, and the goal difference from Lebanon and Iraq, after they were tied negatively.

These were the details of the news FilGoal | News | Asia Qualifiers for this day. We hope that we have succeeded by giving you the full details and information. To follow all our news, you can subscribe to the alerts system or to one of our different systems to provide you with all that is new.