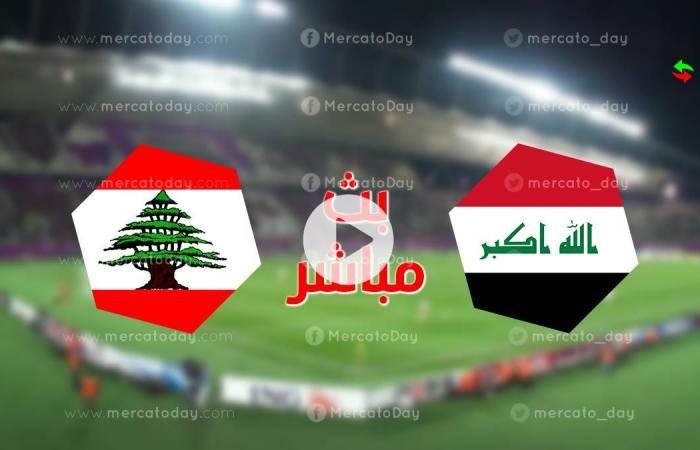 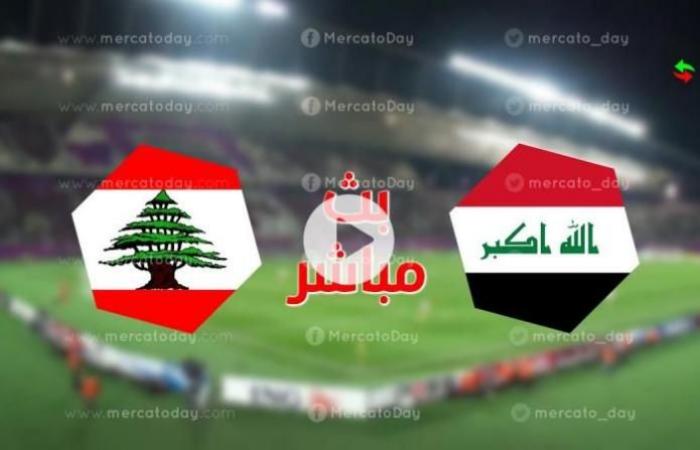 Al-Khaleej 365 offers you a live broadcast of football online to watch the match between Iraq and Lebanon in the final stage of the Asian qualifiers for the Qatar 2022 World Cup, as part of today’s matches, Thursday 7-10-2021.

The Iraqi national team will face its Lebanese brother at Khalifa International Stadium in Doha, in the third round of Group A competitions in the final round of the Asian qualifiers for the 2022 World Cup in Qatar.

The Iranian team is at the top of the group standings with 6 points from two matches, compared to 4 points for South Korea, two points for the UAE, and one point for Syria, Lebanon and Iraq.

The first two teams from each group qualify directly for the 2022 World Cup, while the two third-placed teams will meet in the Asian playoffs, in order to determine the team that will compete in the international playoffs.

The Iraqi team enters the match and sets its sights on achieving the first victory in the final stage of the competition to qualify for the 2022 World Cup, and reconcile its fans after a draw with South Korea in the first round and a loss against Iran in the second.

The Iraqi team will miss today against Lebanon, the defense line trio, Rebin Solaka, Dergham Ismail and Saad Natiq due to injury, and the readiness of striker Muhannad Ali has not been confirmed.

On the other hand, Lebanon will play the match like Iraq, where it drew in the first round with the Emirates, and suffered a loss in the second against South Korea, and hopes to get a positive result against the Lions of Mesopotamia today.

The Lebanese national team will enter the meeting with full ranks, after regaining the services of midfielder Basil Jaradi, who missed the last match against South Korea.

The whistle for the start of the Iraq-Lebanon match will be played today in the 2022 World Cup qualifiers, at 14:30 GMT, 16:30 Egypt time, 17:30 local time. Saudi ArabiaAnd the live broadcast is broadcast on the AFC channel on YouTube.

The match will also be broadcast on the Saudi SSC5 HD channel, with the commentary of “Mohammed Al-Fami”, in addition to the Iraqi Open Channel on the Eutelsat 8 West A satellite, on a frequency of 11678 vertical, at a rate of 27500, with a 7/8 correction.

These were the details of the news of the live broadcast | Watching today’s match between Iraq and Lebanon in the 2022 FIFA World Cup qualifiers football online for this day.

It is also worth noting that the original news has been published and is available on Mercato today The editorial team has Gulf 365 Make sure of it, and it may have been modified, and it may have been completely transferred or quoted from it, and you can read and follow the developments of this news from its main source.

These were the details of the news Live broadcast | Watch today’s match between Iraq and Lebanon... for this day. We hope that we have succeeded by giving you the full details and information. To follow all our news, you can subscribe to the alerts system or to one of our different systems to provide you with all that is new.