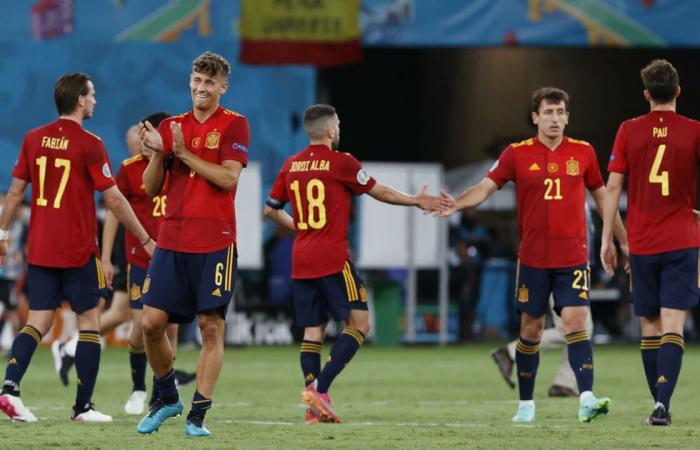 France, the world champion, will meet Belgium Thursday in Turin in the second semi-final match, while the final will be held on Sunday at the San Siro stadium, and the third-place match will be held at the Alliano Stadium in Turin.

Spain and its coach Luis Enrique considered their loss to Italy in the last European Cup semi-final, when coach Roberto Mancini’s men outperformed on penalties after the end of the original and extra time with a 1-1 draw.

Spain stopped Italy’s record series in maintaining its unbeaten record at 37 games, and inflicted its first loss at San Siro since 1927, achieving its first victory over Italy at home in an official match.

Spain decided the result of the match in the first half when it scored two goals thanks to its control and great possession of the ball, which amounted to 63%, as well as the numerical shortage after Bonucci was sent off because she scored the second five minutes after his exit.

Spain continued its advantage in the second half and could have strengthened on more than one occasion and almost paid the price dearly because the Italians reduced the difference in the last seven minutes and rushed in search of an equaliser.

Mancini was forced to remove striker Bernardeschi to push the other pole of defense and captain Chiellini at the beginning of the second half, and he also made four other changes without succeeding in turning the table on his guests.

These were the details of the news Spain takes revenge on Italy, stops its successive victories and reaches... for this day. We hope that we have succeeded by giving you the full details and information. To follow all our news, you can subscribe to the alerts system or to one of our different systems to provide you with all that is new.