Watch the Al-Raed and Al-Faisaly match broadcast live today in the... 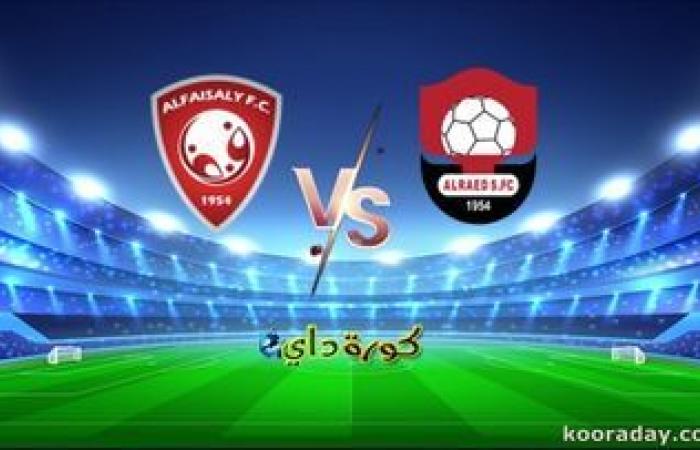 You can watch Al-Raed and Al-Faisaly match live broadcast today, which will be broadcast live on SSC1 channel, with the voice of commentator Abdullah Al-Ghamdi.


The start of the whistle for the Al-Faisaly match against Al-Raed will be at 8:25 pm, Saudi Arabia time, that is, at 7:25 pm, the time of the Arab Republic of Egypt.

Al-Raed FC occupies the fifth place in the standings table with 10 points, while Al-Faisaly FC is in the Saudi League standings in the eighth place with 7 points.

A difficult confrontation between Al-Faisaly and Al-Raed within the matches of the sixth week of the Saudi Football League, and both teams want to collect all three points of the match in order to crawl towards the four positions at the top of the table.

These were the details of the news Watch the Al-Raed and Al-Faisaly match broadcast live today in the... for this day. We hope that we have succeeded by giving you the full details and information. To follow all our news, you can subscribe to the alerts system or to one of our different systems to provide you with all that is new.