Paris Saint-Germain continues its winning streak and consolidates its lead 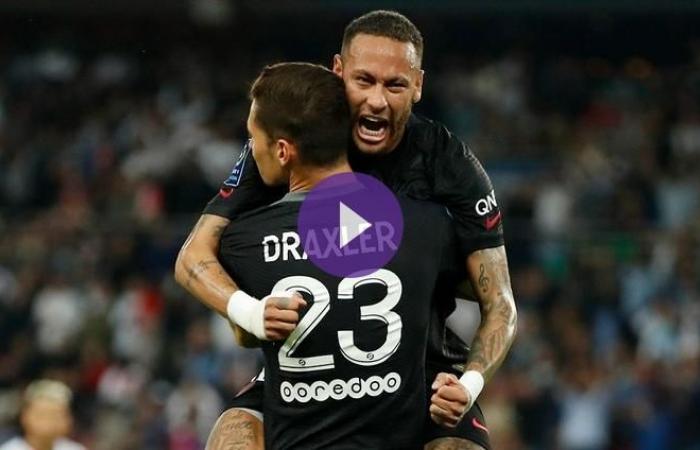 The Parisian team continued its victories, achieving the full mark and collecting 24 points from 8 victories, so it single-handedly took the lead by 10 points, in front of the second Marseille, which will host Lens on Sunday.

Within the same stage, Nice regained its balance by beating its host Saint-Etienne 3-0.

Ness scored first through his Algerian-origin striker Amin Farid Gouiri in the 15th minute, and waited for the second half to settle the result by adding two goals through Dutchman Calvin Stings (54) and Algerian international Andy Delors (83).

It is Nice’s fourth win this season and the first after a draw with Monaco and a loss against Lorient, raising his score to 13 points and ascending to third place, ahead of Lorient, who tied with Lyon (1-1), and a point difference over Angers, who is a guest at Troyes on Sunday. also.

On the other hand, Saint-Etienne suffered its fifth loss in a row, after three consecutive draws at the beginning of the season, and fell to the last place after its balance froze at three points.

Lille, the defending champion, continued his revival and won his second successive victory and his third this season, when he beat its host Strasbourg 2-1.

Lille owes its victory to its Canadian international striker Jonathan David, who scored the two goals in the 23rd and 57th minutes from a penalty kick, while Ibrahima Sissoko scored the honorary goal for the hosts in the 75th minute.

And Strasbourg played with ten men since the 79th minute after midfielder Adrian Thomasson was sent off.

Lille climbed to eighth place with 11 points, while Strasbourg received the fourth loss this season and the first after two consecutive victories, so its balance froze at 10 points and fell to tenth place.

Lille prepared in the best possible way for its match against Austrian host Salzburg, scheduled for next Wednesday, in the second round of the group stage of the Champions League.

These were the details of the news Paris Saint-Germain continues its winning streak and consolidates its lead for this day. We hope that we have succeeded by giving you the full details and information. To follow all our news, you can subscribe to the alerts system or to one of our different systems to provide you with all that is new.