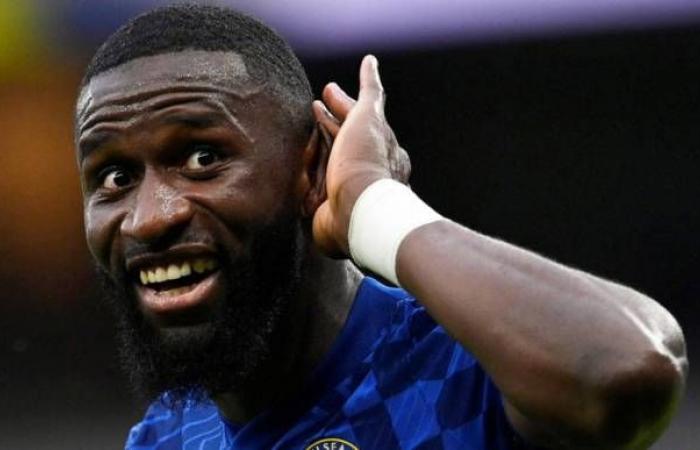 It seems that the survival of German star Antonio Rudiger (28 years) in the ranks of Chelsea is difficult, after news of a tempting offer from Juventus, with a fee of 400,000 pounds per week, which is double what the defender currently receives in the “Blues”.
The defender did not extend his contract, which will expire next year, despite repeated attempts by the Chelsea administration to link him, and despite the strong relationship with his coach and compatriot Tuchel, who has relied on him since his arrival at Chelsea.
Juventus is not the only one in the race for Rudiger’s services, Real Madrid sees him as a successor to Ramos, and Bayern Munich and Paris Saint-Germain also entered the race.
The deal for Juve, if completed, would make Rudiger the highest paid defender in the world. According to the report, Rudiger’s representatives will study the offers when European champions Chelsea participate in the Club World Cup, next January.
Julian Negelsmann did not hide his admiration for the international defender and said: “I am talking about Rudiger as a football fan because he is a player in the German national team. He has developed a lot and was able to imagine using it wonderfully and transforming him from a player on the bench a year ago to one of his most important stars.” Rudiger commented on the speculation about his future and said: “For me, my next decision will be the most important in my career, so I will not rush to take it. Personally, I have not spoken with any club other than Chelsea.”

These were the details of the news Juventus lure Rudiger 400,000 pounds a week for this day. We hope that we have succeeded by giving you the full details and information. To follow all our news, you can subscribe to the alerts system or to one of our different systems to provide you with all that is new.