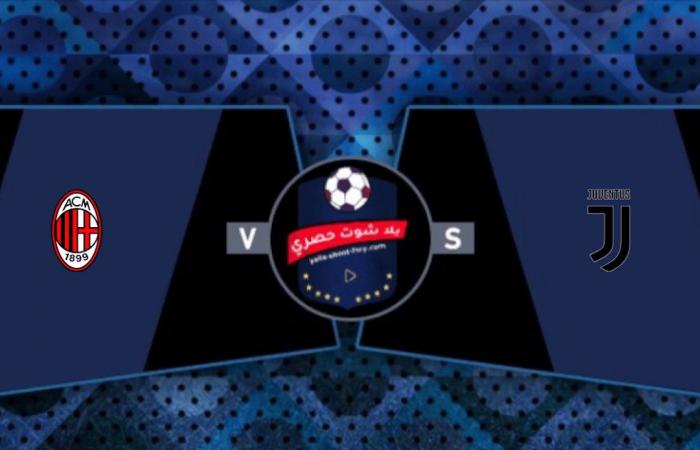 The live broadcast of the match Milan vs Juventus juventus vs ac milan In one of the most important matches of the Italian League, the Juventus team hosts at its Allianz Stadium in Turin, Italy, the Milan team is one of the strong competitors for the current version of the Italian Serie A, and the whistle of the match starts at eight and forty-five minutes Cairo time, and the match will be broadcast live on the Italian League channel on the YouTube website, accompanied by audio commentary from sports commentator Fahd Al-Otaibi.

The Juventus team has played three matches so far in the current version of the Italian Serie A, but it has not been able to achieve results that are commensurate with the history of the Juventus team in the Italian League, as it was satisfied with achieving a tie in one match, while losing in two matches, which are the results that analysts reviewed due to the absence of the star Portuguese Cristiano Ronaldo left the team, causing a gap in the team, which is currently in the sixteenth place in the Italian league standings, equal with Cagliari in the number of points, although it is superior to it by goal difference.

As for the Milan team, it is currently in second place in the standings of the Italian League clubs after playing three matches as well, such as the Juventus team, but the Milan team managed to achieve the full mark so far, as it managed to win the three matches without being tied or defeated in any Including to reach his tally of three points, occupying second place after Roma, which is equal with him in the number of points, although he was behind on the goal difference, where Milan scored only seven goals, while Roma managed to score nine goals.