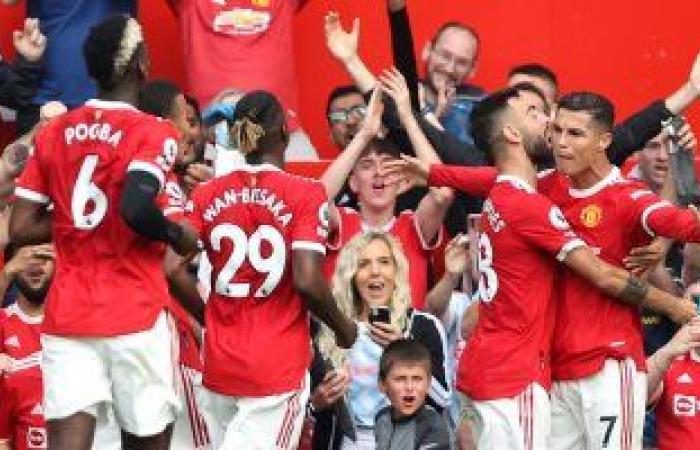 West Ham United will host Manchester United at 3:00 pm today, Sunday, at the London Olympic Stadium, in the fifth round of the English Premier League football championship.

The Red Devils, armed with Portuguese star Cristiano Ronaldo, are seeking to continue victories in the English Premier League to compete strongly for the title and win it this season.
On the other hand, West Ham is also hoping to collect match points to take a good step in the struggle to play with the seniors.
Man United plays the match, with a bank of 10 points, while West Ham has 8 points.

It is expected that Manchester United will play the match with a formation consisting of:

Manchester United scored the biggest win over West Ham in history, with 7 goals against a single goal in the English Premier League in 2000, and in the last confrontation, United won with a goal without a response in the Premier League.

These were the details of the news Ronaldo leads Manchester United in a new mission against West Ham... for this day. We hope that we have succeeded by giving you the full details and information. To follow all our news, you can subscribe to the alerts system or to one of our different systems to provide you with all that is new.