Paris Saint-Germain lure Lyon to the Parc des Princes in the... 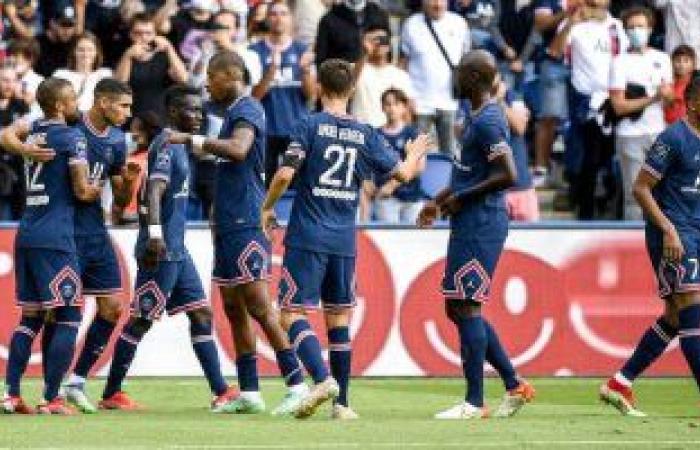 Lyon is a heavy guest against Paris Saint-Germain at the Parc des Princes, at 9:15 p.m., on Sunday, in one of the most important matches of the French League in the sixth round.

Paris Saint-Germain seeks to continue victories in the tournament in order to stay in the lead and not give it up to anyone, as it is He has not lost any local match so far, especially since he won all the first five matches in the league and is ranked first in the competition table with 15 points.

On the other hand, Lyonmen’s team suffers from a bad start with its new coach, Peter Bosch, but it achieved balance by winning the last two league matches and another against Rangers last Thursday in the European League, but it is in seventh place with 8 points.
And the French newspaper, “L’Equipe”, raised doubts about the possibility of the participation of the Frenchman, Kylian Mbappe, in the match, after he suffered an injury in the Club Brugge match in the Champions League.

While Lionel Messi is expected to participate with Paris Saint-Germain against Lyon today.

‎‎Messi moved in the summer transfer period to Paris Saint-Germain in a free transfer deal after the failure to renew his contract with Barcelona due to the economic and structural obstacles to La Liga and the high salary block in the Catalan team..

Messi appeared for the first time with Paris Saint-Germain this season during the Stade Reims meeting in the French League, where he participated for 24 minutes before playing a full meeting against Club Brugge in the first round of the Champions League, and he is still waiting for his first goal with the French team..

These were the details of the news Paris Saint-Germain lure Lyon to the Parc des Princes in the... for this day. We hope that we have succeeded by giving you the full details and information. To follow all our news, you can subscribe to the alerts system or to one of our different systems to provide you with all that is new.