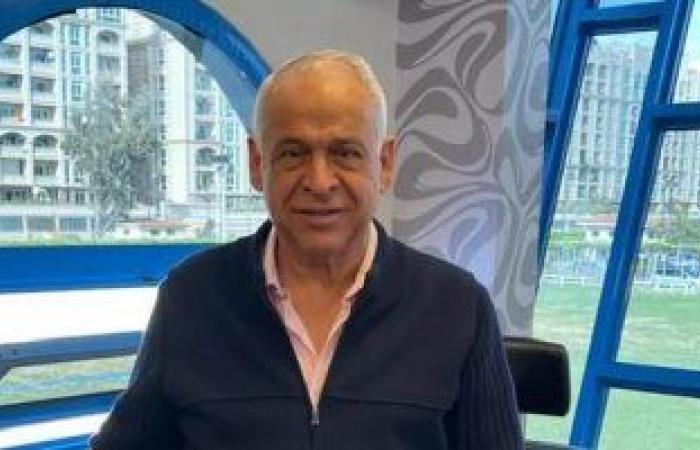 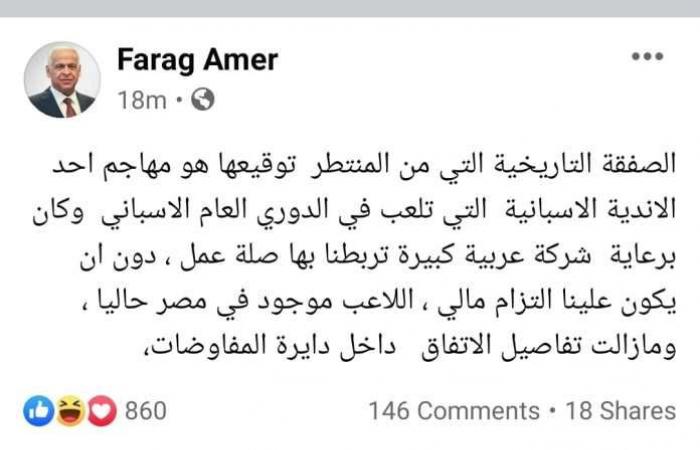 The engineer, Faraj Amer, Chairman of the Board of Directors of Smouha Club, revealed the details of the historical deal announced earlier, and Amer wrote through his account on “Facebook”: The historical deal that is expected to be signed is the striker of one of the Spanish clubs that plays in the Spanish General League, And it was sponsored by a large Arab company with which we have a working relationship, without us having a financial commitment. The player is currently in Egypt, and the details of the agreement are still within the cycle of negotiations.

Smouha club officials, headed by Faraj Amer, completed a contract with Mohamed Abdel-Aty, player of Wadi Degla, for a season on loan with the intention of the final sale.

Wadi Degla club officials had set 15 million pounds for the sale of the team’s midfielder, Mohamed Abdel-Aty, who entered the circle of interests of a number of league clubs after the distinguished level presented by the player last season..

Smouha’s offer outperformed the rest of the league clubs offers, as a source in the Wadi Degla club revealed that the player received five local offers, one of them from a fan club from the largest clubs in Egypt and Africa, but no material agreement was reached on the deal..

The source said that El Gouna, Ceramica, Future and Al-Ahly Bank clubs requested the inclusion of Abdel-Aty during the current summer transfers, in addition to negotiations from Zamalek to contract with the player, but did not reach the stage of the official offer; Because of the objection to the financial compensation set by the club.

Abdel-Baqi Gamal, coach of the Wadi Degla team, decided to stay with “Al-Ghazlan” in the second division, after it was confirmed that the team had been relegated this season, although he had received several offers to leave..

Abdel-Baqi Gamal obtained a promise from the Wadi Degla Board of Directors to support the team in the current summer transfers, to enhance the chances of the team’s rise again to the Premier League..

Wadi Degla ascended to the Premier League for the first time in its history in the 2010 season, after topping the Cairo and Canal Group with 63 points. 39 goals and 49 goals.

These were the details of the news Faraj Amer reveals the scenes of the historical deal: a striker... for this day. We hope that we have succeeded by giving you the full details and information. To follow all our news, you can subscribe to the alerts system or to one of our different systems to provide you with all that is new.