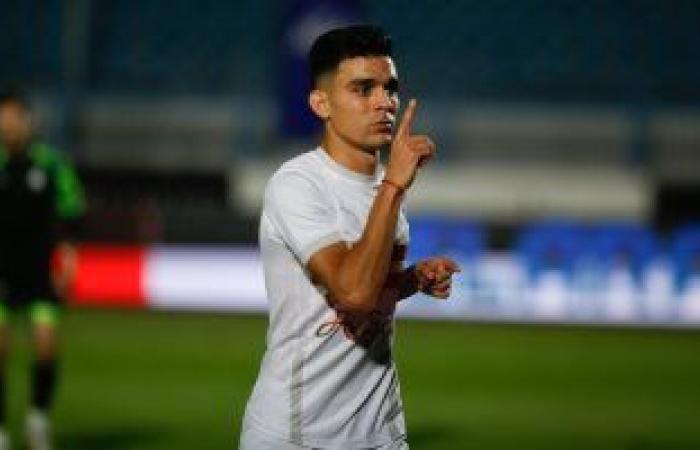 He added, “Pyramids entered the line of negotiations with Ben Sharqi, amid the dispute between the player and Zamalek over the renewal file, and the matter has not been officially resolved so far.”

And he continued, “Ben Sharqi wants to put a penalty clause in his contract with Zamalek, worth half a million dollars, to be applied as soon as the contract is activated, which is rejected by Zamalek officials.”

In a related context, the Zamalek club refused to agree to the condition of Ashraf bin Sharqi, the team’s top scorer, in order to renew his contract with the White Castle during the coming period. If the player wishes to set a penalty clause, it is impossible to agree to it.

Bin Sharqi wants to put a penalty clause in the form of double the provider of his contract, after which he has the right to leave if it is paid, even if it was after obtaining the advance by only 24 hours, which was rejected by Zamalek. season from the beginning of the decade.

Hussein Labib said, in televised statements: “We are interested in Ashraf Bencharki renewing his contract with Zamalek, and we have already agreed with him on everything, but the difference lies in a point, which is his desire to set a penalty clause, which is that if we contract with him on Tuesday, he can leave on Tuesday. On Wednesday, after paying the double of his advance to the club, it is impossible for me to agree to this condition.”

Labib added: “If I have a million people who love Zamalek and each one pays 100 pounds, we will have 100 million pounds, we will renew Bencharki and implement all the demands of the public, and I say to those who attack us, we have a month and a half, let us work quietly.”

He continued: Some are attacking Farouk Jaafar and Hussein al-Sayed, and no one knows what they both offer to the Zamalek club, and Farouk Jaafar is one of the club’s symbols.. At the end of time, it is said that he belongs to another club, how does that mean..Hussain al-Sayed is a board member and works as an administrator, and you find someone there He criticizes his work and his occupation just for personal matters.

These were the details of the news Karim Shehata: Pyramids offered 30 million annually to Ashraf Bin Sharqi for this day. We hope that we have succeeded by giving you the full details and information. To follow all our news, you can subscribe to the alerts system or to one of our different systems to provide you with all that is new.