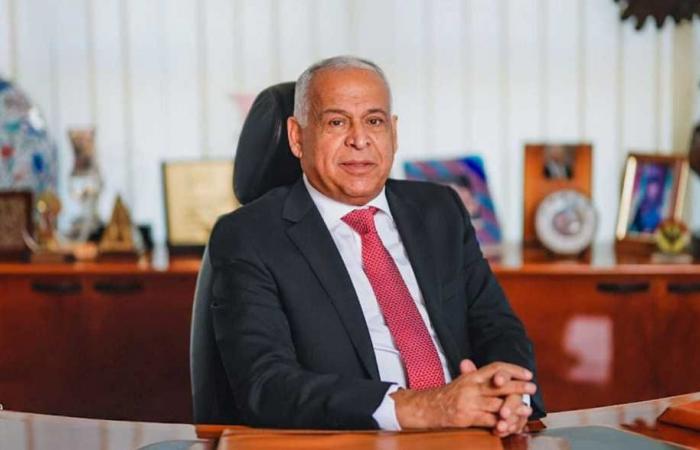 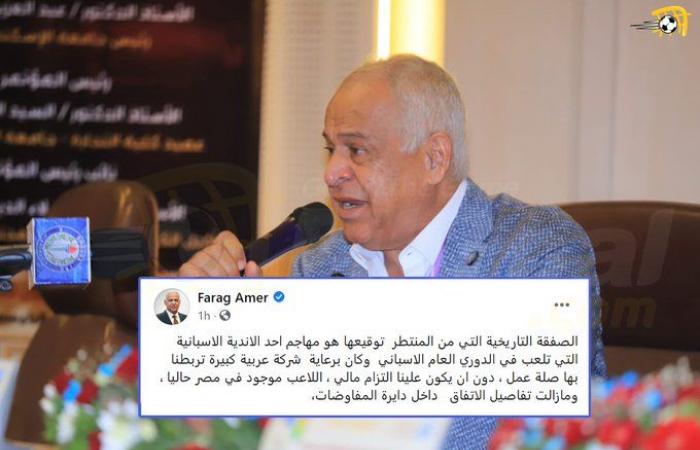 Faraj Amer, president of Smouha Club, revealed the details of the new expected deal for his club, which he called the “historic deal”.

Faraj Amer wrote on his official page on the social networking site “Facebook”: “The historic deal that is expected to be signed with is the striker of a Spanish club that plays in the Spanish League.”

He added, “This was sponsored by a large Arab company with which we have a working relationship without having any financial obligation.”

“The player is currently in Egypt, and the details of the agreement are still within the circle of negotiations,” he concluded.

Smouha had announced earlier today, Saturday, the signing of Mohamed Abdel-Aty, Wadi Degla midfielder, on loan with the right to buy.

These were the details of the news FilGoal | News | Faraj Amer: The historic Smouha... for this day. We hope that we have succeeded by giving you the full details and information. To follow all our news, you can subscribe to the alerts system or to one of our different systems to provide you with all that is new.