FilGoal | News | It ended in England 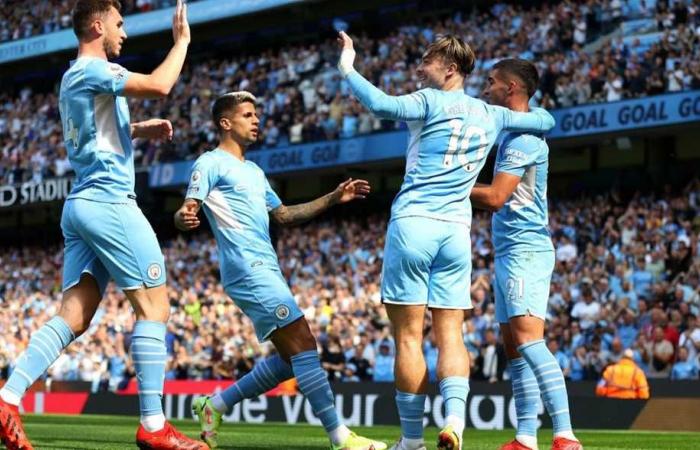 Follow the English Premier League matches live today, Saturday, in the fifth round.

Manchester City, the defending champion, plays against Southampton. Watch the match from here

The two matches ended with Arsenal winning against Burnley, and Manchester City tied with Southampton.

S 93: A header from Foden and a goal for Manchester City, but the referee did not calculate it because the ball did not pass the goal line.

S 72: Phil Foden goes down instead of Bernardo Silva

S 65: Kevin De Bruyne and Riyad Mahrez go down instead of Fernandinho and Jesus

S 64: The video cancels a penalty kick after the referee returns to review the game

S 60: A penalty kick for Southampton after Armstrong was fouled by Kyle Walker

The end of the first half of the two matches

Q30: Woooooooooooool! Odegaard scores a beautiful goal for Arsenal with a free kick

S23: City’s Jack Grealish sent a cross pass from the left into the penalty area and the goalkeeper caught it easily

S22: A header by City’s Gundogan, but the ball passes high above the Southampton goal

S15: A cross kick from outside the penalty area over Ashley Barnes’ head, but far from Arsenal’s goal

S10: Gunners dominate, but without danger, on the Burnley goal

Q4: bCity’s Gerardo Silva penetrated the penalty area from the left and then crossed the ball, but the defence was distracted.

These were the details of the news FilGoal | News | It ended in England for this day. We hope that we have succeeded by giving you the full details and information. To follow all our news, you can subscribe to the alerts system or to one of our different systems to provide you with all that is new.