A clear threatening message to Hamdallah.. Abu Bakr, the man of... 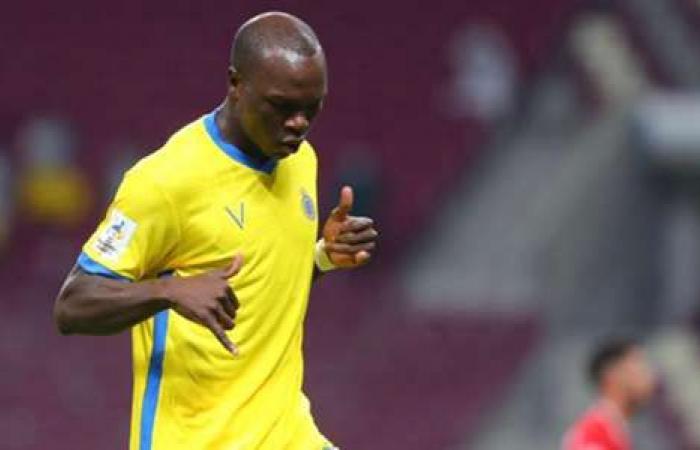 Vincent Abu Bakr took advantage of the opportunity of Abdel Razzaq Hamdallah’s absence from the victory match against Tractor Sese in the AFC Champions League final price to be suspended and played key, not only that, but scored the only winning goal that took the team to the round of 8.

Al-Nasr joined his compatriot Al-Hilal to the quarter-finals of the Champions League, and the Iranian Persepolis also qualified, and the match between Sharjah and Al-Wahda is still going on.

What did Abu Bakr offer in the victory match and Tractor?

The Cameroonian striker scored the only goal after he missed a valuable opportunity to score in the first minutes of the match. He tried to shoot 4 times on Traktor’s goal, including two shots on goal, one of which was saved by the defense and another that went outside the goal.

The former Besiktas striker succeeded in winning two singles out of 3 matches, and he did not lose sight of his defensive role.. He succeeded in recovering the ball 4 times and scattering it once.

Why should Hamdallah be worried about Abu Bakr?

The 29-year-old striker participated in 3 matches in the Saudi League this season, only one of them from the start, despite that he managed to score two goals and perform very well.

Abu Bakr’s performance in his first match with Al-Nasr in the AFC Champions League was impressive, as he succeeded in compensating Hamdallah and upset the Iranian defense, and most importantly, he made a beautiful and strong duo with Anderson Taliska, as he passed him 4 passes and received 6 from him.

The player scored the winning goal today with a superb touch, and he created two chances for his teammates, which means that he excelled at the individual and team levels, and even in the defensive roles he was present.

Hamdallah was accustomed to being “pampered” by the administration, officials, media, and fans of Al-Nasr, and this contributed to his rebellion more than once and his refusal to play until his demands were met. Another very strong striker ready to score.

This means that Hamdallah is required to fully commit now and make every effort on the field to maintain his place in the starting lineup, otherwise he may find himself on the bench in favor of Abu Bakr, in addition to that the player has become required to fight this season to convince the global management to renew his contract, which will expire next June.

These were the details of the news A clear threatening message to Hamdallah.. Abu Bakr, the man of... for this day. We hope that we have succeeded by giving you the full details and information. To follow all our news, you can subscribe to the alerts system or to one of our different systems to provide you with all that is new.