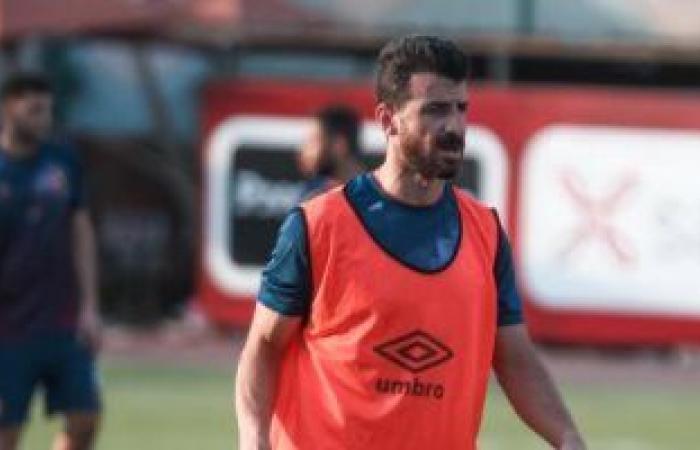 Mahmoud Metwally, Al-Ahly’s defender, is subject to a medical examination before the team’s training tomorrow, Wednesday, to determine his position on the team’s upcoming training, after he suffered from knee pain that deprived him of the last friendly in Petrojet.

Al-Ahly coach Betsu Mosimane was forced to exclude Mahmoud Metwally from the friendly Petrojet yesterday, Monday, at the Touch Stadium, after he suffered from minor infections in the knee.

The fate of Metwally will be determined tomorrow after x-rays and examination from the upcoming training, as well as from the Arab Contractors Friendly the day after tomorrow.

Al-Ahly drew with Petrojet in the match that was held at Al-Teach Stadium as part of the Red Genie’s preparations for the local super match against Talaa Al-Jaish next Tuesday in Borg El Arab.

On the other hand, Al-Ahly’s technical staff, led by Pitso Musimani, rejects the idea of ​​loaning Mohamed Mahmoud, the team’s player who is returning to participate with Al-Ahly after a long period of absence due to injury.

Mohamed Mahmoud appeared very well in a friendly against Petrojet, and Mohamed Mahmoud presented a good level, after which he won the confidence and praise of the technical staff of Al-Ahly after he was one of the most prominent stars of Makasib and the friendly match that ended in a negative draw.

A source in Al-Ahly said that Musimani refuses to loan Mohamed Mahmoud even before his brilliance in the Petrojet match yesterday, explaining that the player who suffered a long injury receives support and praise from Musimani, and the latter confirms that the player will be one of his winning cards in the new season after he recovered from the injury and became fit to participate in Official matches.

The source indicated that Musimani had previously informed the Al-Ahly administration of his welcome to loan Karim Nedved, who is also back to participate with the team after a long absence of injury, while the technical director rejected the idea of ​​loaning Mohamed Mahmoud and stuck to his stay with the team.

These were the details of the news Al-Ahly examines Mahmoud Metwally’s “knee” before training tomorrow for this day. We hope that we have succeeded by giving you the full details and information. To follow all our news, you can subscribe to the alerts system or to one of our different systems to provide you with all that is new.