Watch the Al-Nasr and Traktor match broadcast live today in the... 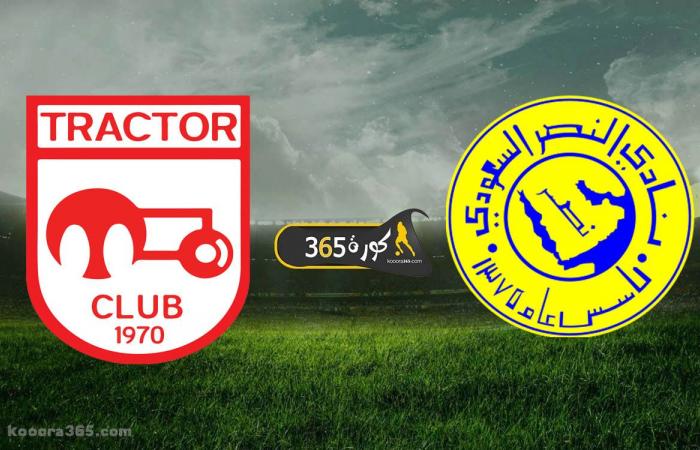 Saudi football fans are waiting for a high-caliber match between Al-Nasr and the Iranian Tractor this evening, Tuesday, September 14, at Jassim bin Hamad Stadium in Al-Sadd Club, to calculate the 16th round of the AFC Champions League with a single knockout match for the 2020/2021 season. .

Koura 365 offers its followers to watch the Al-Nasr and Traktor match live broadcast today, with the start of the scheduled start whistle at 7:00 pm Mecca time, that is, six Cairo local time, and the confrontation will be broadcast live via the SSC SPORT HD 5 channel, with an audio performance by commentator Fahd Al-Otaibi. .

Al-Nasr has become better than before, as it has arranged its ranks greatly for this new season, especially since this tournament has been postponed due to Corona to continue in the cohesion of seasons with each other, which means that the Saudi team has brought many deals that will give a big difference with them in this match and in the local league. The new one looks good.

The international finished its preparations for this match with high concentration and full force, and became ready to prepare for the strong battle through which the team seeks to achieve victory in order to cross to the next round and return to the right path with champions.

Al-Nasr suffers from many absences in the back line, as he will lose the efforts of the trio, Abdullah Mado and Ali Lagami, to accumulate yellow cards, and not to include Argentine defender Funes Morey in the Asian list, and in the front line, most notably the absence of the team’s top scorer, Moroccan striker Abdel Razzaq Hamdallah due to the accumulation of yellow cards, but Today, the world will count on Cameroonian international top scorer Vincent Aboubakar to make up for his absence and benefit from his international experience and with the clubs he played for.

On the other hand, Traktor is aware of the difficulty of the task that is upon him in light of the opponent’s return to its normal path and level this season, but he also has players at the highest level with great experience on the field.

The Iranian team understands the importance of the confrontation at the continental level and this tournament, so it will make every effort to achieve victory and snatch the ticket to the quarter-finals of the competition.

These were the details of the news Watch the Al-Nasr and Traktor match broadcast live today in the... for this day. We hope that we have succeeded by giving you the full details and information. To follow all our news, you can subscribe to the alerts system or to one of our different systems to provide you with all that is new.