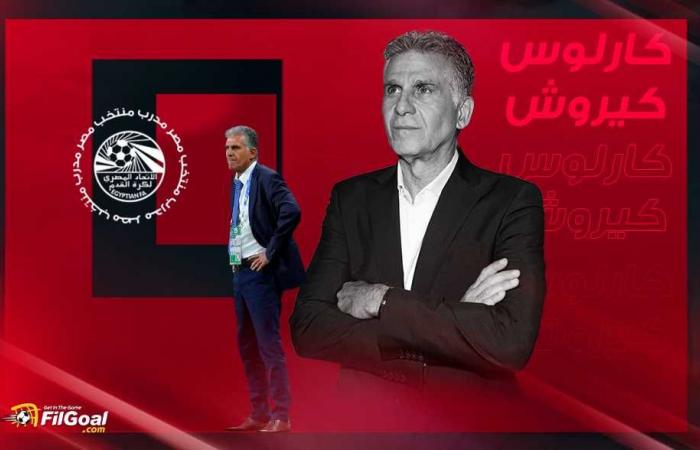 Carlos Queiroz, the new coach of the Egyptian national team, was scheduled to arrive in Cairo today, Tuesday, but he was late, so what is the reason?

As FilGoal.com knows, the Portuguese coach was in Mozambique, where he was born and raised, and was scheduled to travel from there to Egypt.

But due to the lack of direct flights between Cairo and Mozambique, the Portuguese coach could not reach Egypt on time.

Queiroz is expected to arrive in Egypt in the early hours of tomorrow morning, Wednesday, to officially start his mission with the Pharaohs, in preparation for the next international stop.

Upon his arrival, Queiroz will meet with officials of the Football Association and his auxiliary apparatus to start planning for the next stage in preparation for the two matches in Libya.

Egypt will meet Libya next October in the third and fourth rounds of the African qualifiers for the 2022 World Cup.

Egypt occupies second place in Group Six with four points, behind Libya, which has six points.

These were the details of the news FilGoal | News | In the Joule, he reveals... for this day. We hope that we have succeeded by giving you the full details and information. To follow all our news, you can subscribe to the alerts system or to one of our different systems to provide you with all that is new.