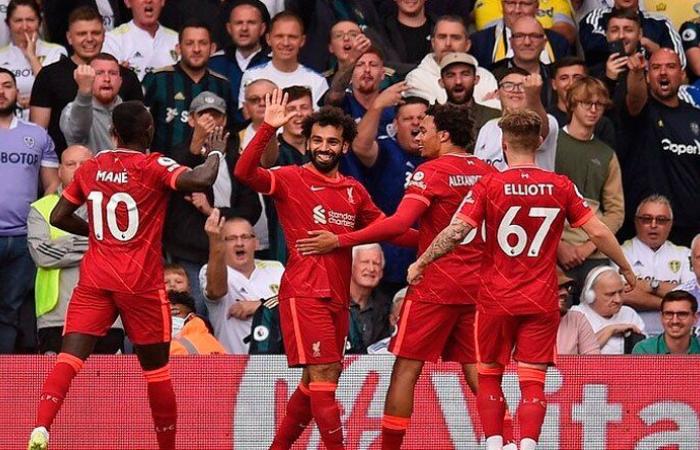 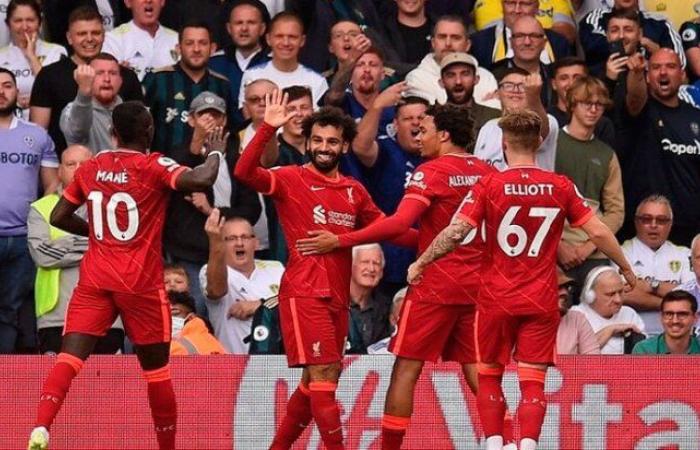 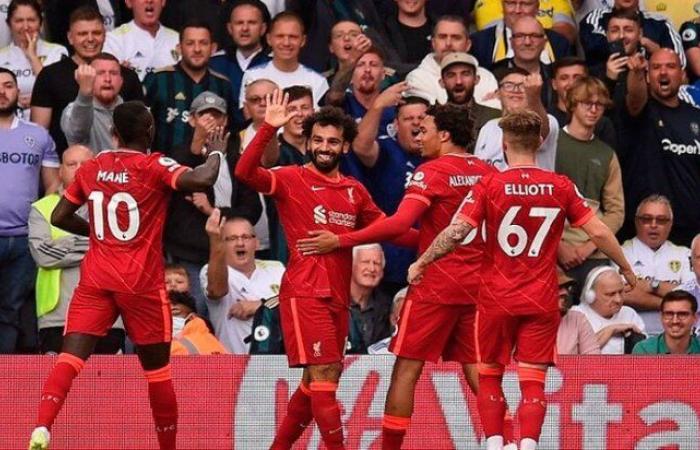 Liverpool FC celebrated, in a special way, the arrival of its Egyptian star, Mohamed Salah, to the 100th goal of his career in the English Premier League.

And the club published, on Twitter, a picture of the team’s collective celebration of Salah’s achievement, which appeared with a shirt bearing the number “100”. And the Liverpool account commented on the photo with the words, “We all congratulate you, Salah.”

Salah scored the first goal in Liverpool’s 3-0 victory over Leeds last Sunday in the fourth round of the English Premier League. Thanks to this goal, the Egyptian star joined the Premier League greats, becoming the fifth fastest player to enter the 100 club.

Salah, who has scored three goals so far in the English Premier League this season, is only four goals away to equal the number of goals for retired Ivorian star Didier Drogba, who tops the list of the best African scorers in the history of the “Premier League”, with 104 goals.

These were the details of the news Liverpool celebrates Salah’s historic achievement in a special way for this day. We hope that we have succeeded by giving you the full details and information. To follow all our news, you can subscribe to the alerts system or to one of our different systems to provide you with all that is new.