Is Musimani thinking of loaning Mohamed Mahmoud outside Al-Ahly? 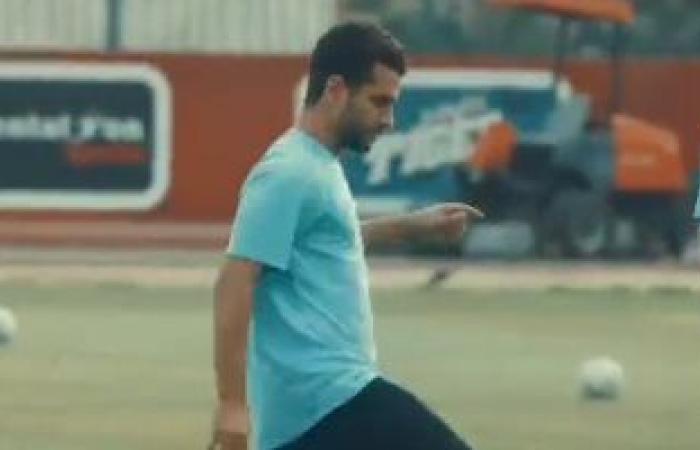 Al-Ahly’s technical staff, led by Pitso Musimani, rejects the idea of ​​loaning Mohamed Mahmoud, the team’s player, who is returning to participate with Al-Ahly after a long period of absence due to injury.

Mohamed Mahmoud appeared very well in the Al-Ahly friendly yesterday, Monday, against Petrojet, which was held at the Al-Teach stadium, in preparation for the Egyptian Super, in front of the Vanguards of the Army next Tuesday at Borg El Arab Stadium.

Mohamed Mahmoud presented a good level, after which he won the confidence and praise of Al-Ahly’s technical staff, after he was one of the most prominent stars of gains and the friendly match that ended in a negative draw.

A source in Al-Ahly said that Musimani refuses to loan Mohamed Mahmoud even before his brilliance in the Petrojet match yesterday, explaining that the player who suffered a long injury receives support and praise from Musimani, and the latter confirms that the player will be one of his winning cards in the new season after he recovered from the injury and became fit to participate in Official matches.

The source indicated that Musimani had previously informed the Al-Ahly administration of his welcome to loan Karim Nedved, who is also back to participate with the team after a long absence of injury, while the technical director rejected the idea of ​​loaning Mohamed Mahmoud and stuck to his stay with the team.

Mohamed Mahmoud grabbed attention in a friendly Petrojet after witnessing the player’s participation in the second half after a long absence from the stadiums; Because of the injury, Mohamed Mahmoud appeared distinctly, and received a penalty kick that was wasted by his colleague Ahmed Abdel Qader, and the match witnessed the first appearance of Mohamed Mahmoud, wearing the badge of the Al-Ahly captain for the first time in his history.

One match in which he did not participate completely is the age of Mohamed Mahmoud’s relationship with Al-Ahly, and the rest of the player suffers from the curse of injuries. On January 8, 2019, Mohamed Mahmoud received news of his injury to the cruciate ligament after the first match in the Al-Ahly club shirt, so that the player began the journey of recovery from the injury, which lasted 279 days until he participated in His first training with his club was on October 14, and only nine days passed until the player received the worst shock when he fell again in Al-Ahly’s training on October 23, with a cruciate ligament tear in the other knee, even though he was around the corner from leading the Olympic team in a championship The U-23 Africa Cup of Nations, which Egypt hosted last November, crowned the Young Pharaohs as champions after having his name on the first list announced by Shawky Gharib.

These were the details of the news Is Musimani thinking of loaning Mohamed Mahmoud outside Al-Ahly? for this day. We hope that we have succeeded by giving you the full details and information. To follow all our news, you can subscribe to the alerts system or to one of our different systems to provide you with all that is new.