“Installation” postpones the settlement of Al-Ahly’s annulment file, the contract with... 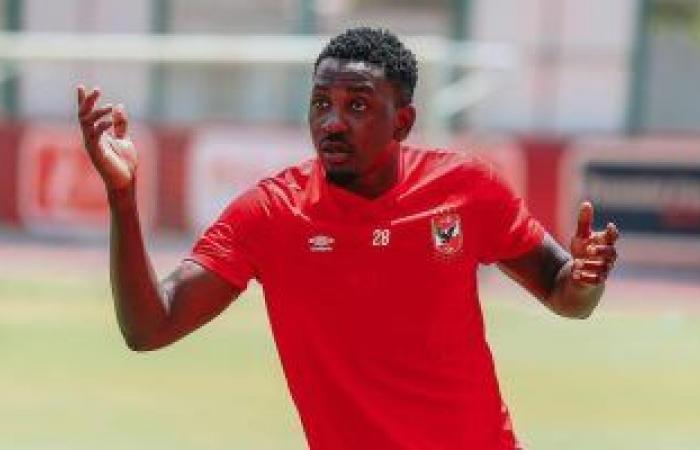 A source within Al-Ahly club revealed the reasons for the delay of the red administration in resolving the file of the termination of the contract of Nigerian Junior Ajayi, the team player, despite the negotiation between the administration and the player’s business agent during the last period. $ 850 thousand per season, and the Red Genie officials agreed with the player to get 400 thousand dollars, half of the value of the last season in his contract, in exchange for consensual termination of the contract, which Ajayi agreed to before the Al-Ahly administration decided to spend the amount to the Nigerian star in installments so that he gets 40 thousand dollars each A month for ten months, which the player refused, and negotiations are still going on between the two parties.”

Junior Ajayi has moved away from his level since his return from injury, which made him outside the accounts of South African Pitso Musimani, during the Al-Ahly team’s recent matches, preferring to push Mahmoud Kahraba and Taher Mohamed Taher over the Nigerian.

Altogether, Ajay played with Al Ahly 161 matches in all competitions, with a total of 11304 minutes, he played, scored 41 goals, made 30 goals, received 14 warnings, and won with Al-Ahly 4 league championships, two Egypt Cup championships and two local super championships, in addition to winning the African Champions League twice and the bronze of the World Cup for Clubs and the African Super.

These were the details of the news “Installation” postpones the settlement of Al-Ahly’s annulment file, the contract with... for this day. We hope that we have succeeded by giving you the full details and information. To follow all our news, you can subscribe to the alerts system or to one of our different systems to provide you with all that is new.