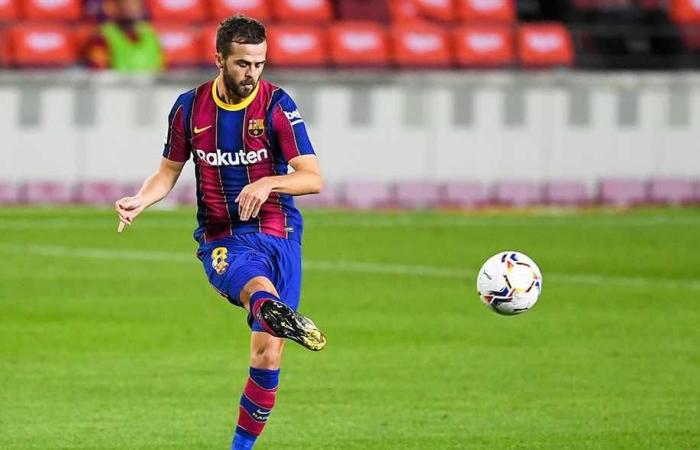 Barcelona hopes to find a way out for the Bosnian Miralem Pjanic and his departure from the team, after the player left the accounts of Dutch coach Ronald Koeman.

And the Spanish newspaper Marca reported that the Turkish club Besiktas wants to get Pjanic and is pressing Barcelona to complete the deal.

Marca explained that Besiktas hope to sign the player as soon as possible, so that he can participate in the Champions League.

The report of the Spanish newspaper indicated that the problem lies in the salary of the great player, where he receives 8 million euros, an amount that no one wants to pay at the present time.

And the report added that Barcelona is ready to pay part of Pjanic’s salary in the event that the player goes out on loan, especially if that is the only way for Pjanic to leave the club.

The Bosnian missed the first 3 matches in the Spanish League with Barcelona, ​​as coach Koeman did not call him to the list in the first two matches. In the third match against Getafe, the coach called him to the list, but he did not participate in the meeting.

Miralem Pjanic participated with Barcelona in 30 games, during which he did not score or assist any goals.

These were the details of the news FilGoal | News | Marca: Besiktas pressure Barcelona for... for this day. We hope that we have succeeded by giving you the full details and information. To follow all our news, you can subscribe to the alerts system or to one of our different systems to provide you with all that is new.