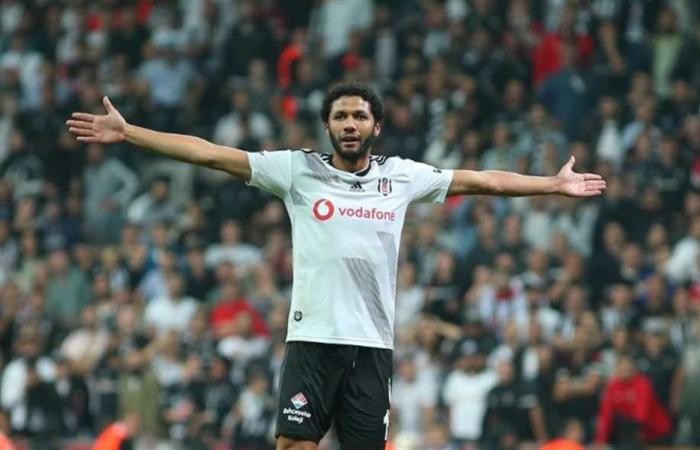 According to Turkish reports, Besiktas FC made an official offer to Arsenal for the signing of Egyptian international Mohamed Elneny.

Al-Nini played the season before last in the ranks of Besiktas on loan, and he performed well, giving him the opportunity to play with the Gunners again last season.

And the Turkish a-spor network reported Thursday morning that Besiktas began negotiating with Arsenal about the inclusion of El-Nini.

The report indicated that the Turkish club submitted an official offer to Arsenal in order to restore the former Basel player before the end of the summer transfer period in Turkey on September 8.

Besiktas club is racing to complete the Elneny deal on Thursday, in order to include him in the team’s squad in the Champions League before the deadline for sending the lists to the European Football Association expires.

Besiktas is in the third group of the Champions League, which includes Sporting Lisbon, Borussia Dortmund and Ajax.

Sergen Yalcin, coach of Besiktas, is a fan of the Egyptian star’s performance. He said at the beginning of last season, “The only player I wished he would not leave was Elneny.”

He explained the reason for not including it permanently at the time, saying, “Its price was very high.”

It is noteworthy that Elneny missed Egypt’s match against Angola at the opening of the 2022 World Cup qualifiers due to travel restrictions to and from England to limit the spread of the Corona virus, because Egypt is on the red list.

It is possible that Elneny will participate in the Gabon meeting next Sunday in the second round of qualifiers, because Gabon is in the yellow list from which the returnee is not subject to a 10-day health isolation, such as the return from the red list countries.

These were the details of the news FilGoal | News | Report: Besiktas officially requests the... for this day. We hope that we have succeeded by giving you the full details and information. To follow all our news, you can subscribe to the alerts system or to one of our different systems to provide you with all that is new.