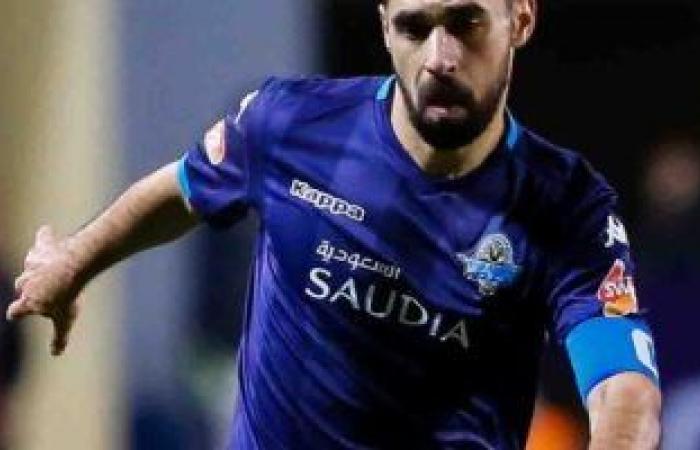 Hussein El-Sayed, a member of the committee in charge of managing the Zamalek club, revealed the fact that the committee negotiated with the Pyramids duo Abdullah Al-Saeed and Ramadan Sobhi, stressing that he wished the duo to be inside the White Castle, saying: “Abdullah Al-Saeed is a player of any team he wishes to include, and the same is true for Ramadan Sobhi. I do not consider things emotionally and with wishes, I hope that Ramadan and Abdullah Al-Saeed will be in Zamalek, but there are circumstances and possibilities that allow this.”

And about the failure to complete the deal to join Hossam Hassan, the Smouha striker, to Zamalek, a member of the Mit Oqba Castle Committee confirmed that Hossam Hassan had a desire to join the ranks of Zamalek, and the club also requested the player from Faraj Amer, president of Smouha Club, and we spoke with him about including him in the club. The White Castle, saying: “After many negotiations, we reached the final stage. Faraj Amer requested Mustafa Fathi in a final form and Osama Faisal for two years on loan, and an amount of money approximately 8 or 10 million pounds, and this offer did not suit Zamalek Club and we closed the matter,” continuing: “The Hesba, Mostafa Fathy and Osama Faisal, offered 10 million pounds, for us, it was illogical.”

Hussein El-Sayed continued his statements regarding the renewal of the contract of Tariq Hamed, the midfielder of Zamalek, saying: “Tariq Hamed, if his contract will expire tomorrow, will not leave the Zamalek club, and there is a season left in his contract, and Muhammad Abu Jabal is the same. About Zamalek easily, Abu Jabal has a desire to renew his contract.”

And about the possibility of including Junior Ajay, after the termination of his contract with Al-Ahly, he said: “I am not talking about the player technically. It is possible that Carteron asks for the player, but he is not offered to us. In the transfer market, everything is possible. Agents control the market, the agent is the one who speaks.” in the name of the player.

Al-Sayed indicated: “Farco club, Pyramids and Al-Ittihad of Alexandria, and there is a fourth club that want to sign Abdullah Gomaa, and we will not leave him,” adding: “There is a newly promoted team to the league that wants to sign a goalkeeper from Zamalek, and there are two teams in the Premier League who want to sign with the same club. The goalkeeper, and the Pyramids club, asked Zamalek to sign a goalkeeper from the three guards present in the team,” he concluded: “Al-Ittihad of Alexandria wants to extend the loan of goalkeeper Mohamed Sobhi, but Carteron desperately wants his return.”

These were the details of the news Hussein El-Sayed: Abdullah Al-Saeed’s joining of Zamalek is possible.. Smouhas account... for this day. We hope that we have succeeded by giving you the full details and information. To follow all our news, you can subscribe to the alerts system or to one of our different systems to provide you with all that is new.