The results of the draw for the group stage of the... 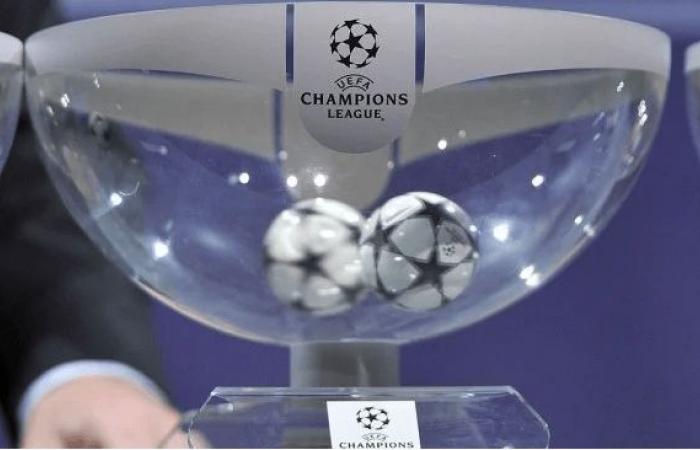 erected Today UEFA Champions League 2021-2022 Draw For the group stage according to the usual rules of the draw without major changes, except for the circumstances surrounding the Champions League competitions during the Corona pandemic, which will cause a part of the fans to be absent from the stands for a period of time.

The fans awaited the draw for the Champions League 2021-2022 for the group stage, because of the great excitement, as most of the major teams qualified for this round, and we are witnessing in it fiery groups..

The Champions League draw in this round does not allow the people of the same country to fall together, which makes the draw more exciting because it will give us confrontations different from what we are familiar with in the domestic leagues.

The draw for the Champions League group stage was held in honor of the UEFA Awards ceremony for the last season 2021-2022, such as the European Player of the Year award, the best coach award, and the ideal team award.

Group A: Manchester City of England, Paris Saint-Germain of France, Leipzig of Germany, and Club Brugge of Belgium.

The teams are divided into 4 levels, each level has 8 teams, and it is forbidden for two teams from the same country to fall into the same group. The first level includes the Champions League and the Champions of Europe’s continental championships, then the clubs are ranked based on their position in the European club standings from UEFA.

The group stage matches of the Champions League will start on September 14, 2021 and the first round will be completed on September 25.

The group stage will conclude in the sixth round of each group on December 8 of the current year 2021.

This edition is expected to witness fiery matches, the reason for the occurrence of several very strong teams in the second, third, and even fourth levels.

Milan returns to the Champions League for the first time after an absence of 7 years, specifically since the 2013-2014 season, when it was eliminated by Atletico Madrid.

It is a rare case that we see Real Madrid and Barcelona together in the second level of the lottery.


These were the details of the news The results of the draw for the group stage of the... for this day. We hope that we have succeeded by giving you the full details and information. To follow all our news, you can subscribe to the alerts system or to one of our different systems to provide you with all that is new.