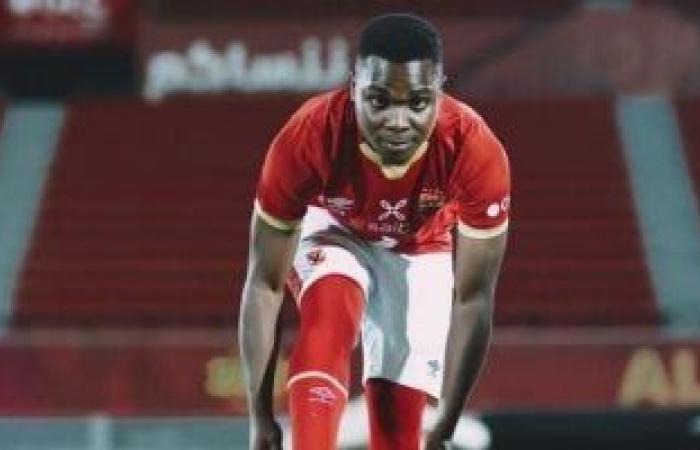 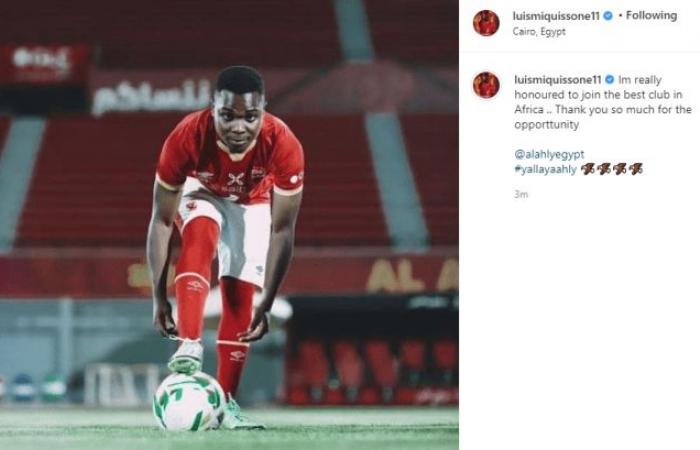 Mozambican Luis Michisoni, Al-Ahly’s new striker from Simba Club, Tanzania, in a transfer deal for the next four seasons, expressed his happiness to join the team, stressing that it was an honor for him to join the best club in Africa.

Michisoni published a picture of him in the Red Castle shirt from inside the Mukhtar Al-Teach stadium, accompanied by a comment: “I am really honored to join the best club in Africa, thank you very much for this opportunity.”

And Amir Tawfiq, Director of Contracts in Al-Ahly Club, announced today, Thursday, the official completion of the contract with Mozambican Mikisoni, striker of the Tanzanian Simba club, for the next four years.

Tawfiq confirmed that Al-Ahly Club has completed all procedures; Whether financial or administrative, the player arrived in Cairo 24 hours ago, signed the necessary papers, and will participate in the exercises according to the team’s commitments during the coming period..

Amir Tawfiq also announced that Al-Ahly contracted Karim Fouad, the defender of the star team, for a period of five years, and all administrative and financial matters had been completed with his club, and Karim Fouad would join Al-Ahly team training during the next few days.

These were the details of the news Michisoni after officially moving to Al-Ahly: I am honored to join... for this day. We hope that we have succeeded by giving you the full details and information. To follow all our news, you can subscribe to the alerts system or to one of our different systems to provide you with all that is new.