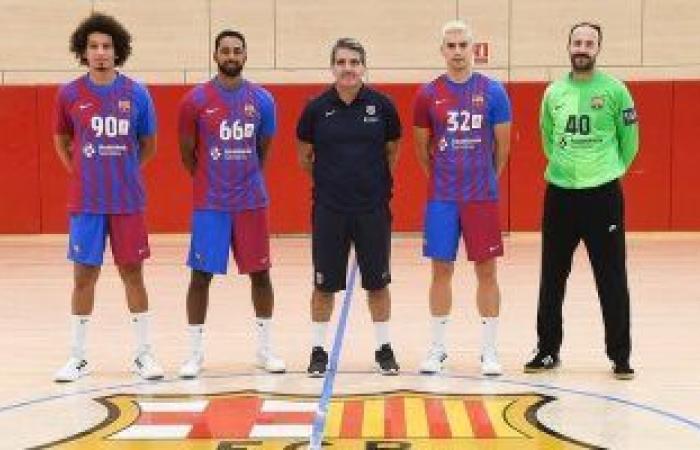 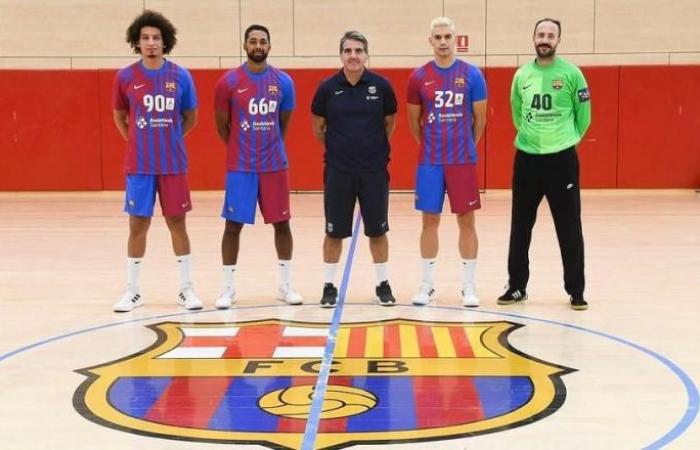 The Spanish club Barcelona presented our Egyptian star Ali Zain as part of the new deals in the team’s handball ranks in preparation for the new season. Zain appeared in the presentation of the new deals, wearing the shirt of the Spanish team, accompanied by his colleagues.

The professional handball star recently in Barcelona went through the preparation period upon his arrival in Spain to start his professional journey in the Spanish League, and Zain had a rest since the return of the hand team from the Tokyo Olympics to spend a vacation with his family after winning fourth place in the Olympic Games.

Ali Zain in the Barca shirt

Ali Zain did not participate with the Egyptian national team in the match to determine the third and fourth place against Spain because of a crack in his hand, which will cause him to be absent from the stadiums for a month, according to what Zain confirmed upon his arrival in Cairo.

The Egyptian handball team, led by its Spanish coach, Roberto Barondo Garcia, set a new history for Egyptian handball, despite losing the bronze of the Tokyo 2020 Olympics for the first time in the history of the Pharaohs reaching the golden square with a loss from Spain.

The Tokyo Olympics witnessed a historical generation, the product of the work of many years, until the Egyptian handball reached the formation of this generation, which combines elements of expertise with the elements of young players who succeeded in winning the gold of the Junior World Cup in 2019 and the youth bronze in the same year.

The handball team’s journey in the Olympics witnessed strong results, as the Pharaohs won 4 matches in the group stage, against Portugal with a score of 37/31 in the first journey before losing to the world champion Denmark with a score of 32/27 in the second matches before achieving victory over Japan 33 / 29, then Sweden, “world runner-up” 27/22, and finally Bahrain at the end of the first round with a score of 30/20, before defeating the German machines with a score of 31/26 in the quarter-finals, to receive an honorable loss.

These were the details of the news The first Egyptian in history with Barcelona.. See Zain in the... for this day. We hope that we have succeeded by giving you the full details and information. To follow all our news, you can subscribe to the alerts system or to one of our different systems to provide you with all that is new.