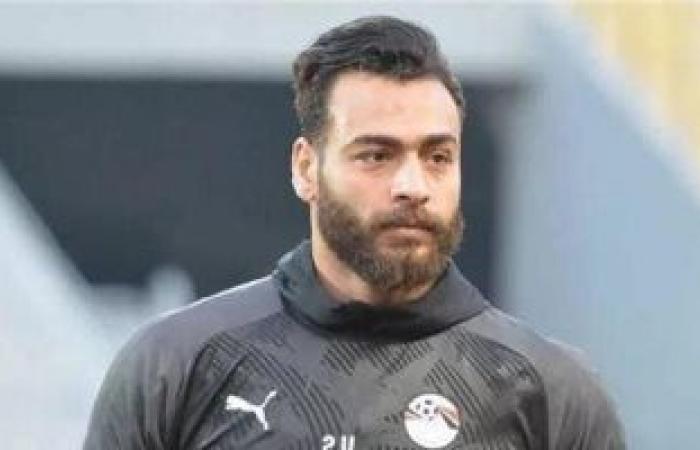 The French Patrice Carteron, the technical director of the Zamalek team, decided that Mohamed Abu Jabal, Al-Abyad goalkeeper, will continue to guard the team’s goal and be in the starting lineup for the Al-Abyad match against Ceramica Cleopatra, to be held next Friday evening, in the thirty-second round of the Premier League competition. After he participated mainly in his team’s last match against Wadi Degla, which ended with Al-Abyad winning 1-0, in the match that brought them together in the thirty-first round of the Premier League competition, to continue to top the Premier League table, with 73 points.

On Wednesday evening, the first football team bus arrived at the club Zamalek To the residence hotel in Suez to organize a closed camp in preparation for facing Ceramica Cleopatra, where the team will play its final match against Ceramica at five in the evening today, Thursday, at Wadi Degla Stadium in Ain Sukhna, Suez Governorate, in preparation for its match against Ceramica Cleopatra.

The technical staff of Zamalek had announced the list of the Ceramica meeting, which included 20 players, and they are: –

Zamalek leads the Premier League standings, with 73 points, after playing 31 games, during which he won 22 matches, drew in 7 matches and was defeated in two matches, while Al-Ahly tied with Tala’a El-Jaish, negative, to widen the difference between him and the White Knight to occupy second place. With 69 points, 3 rounds before the end of the Premier League competition.

These were the details of the news Abu Jabal continues to guard Zamalek’s goal in front of Ceramica for this day. We hope that we have succeeded by giving you the full details and information. To follow all our news, you can subscribe to the alerts system or to one of our different systems to provide you with all that is new.