The handball team against the French roosters in the semi-finals of... 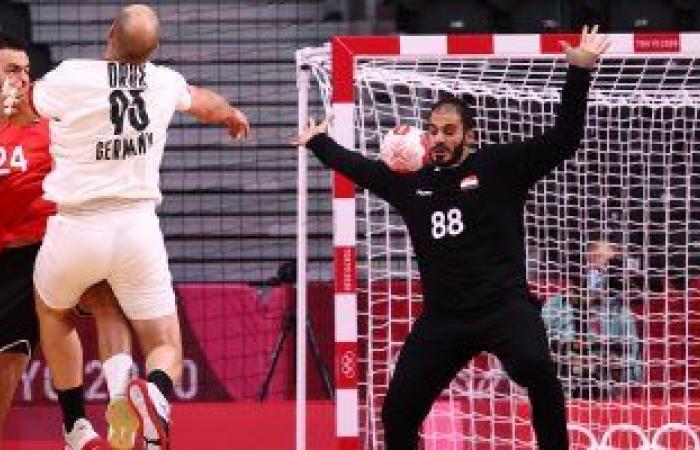 Today, Thursday, at ten in the morning, the national handball team, led by its Spanish coach Roberto Barondo Garcia, will face his French counterpart in the framework of the semi-finals of the Tokyo 2020 Olympics, which is currently being held in Japan, and will continue until August 8.

The Egyptian team is seeking to qualify for the final round to achieve an unprecedented achievement for this historical generation who managed to grab the hearts of the masses to Tokyo.

The handball team qualified for the semi-finals by defeating the German machines the day before yesterday, Tuesday, 31/26 in the quarter-finals, before resting on Wednesday.

The handball team won 4 group stage matches against Portugal with a score of 37/31 in the first run, before losing to world champion Denmark with a score of 32/27 in the second confrontation before achieving victory over Japan 33/29 and Sweden, the “world runner-up” 27/ 22, and finally against Bahrain at the end of the first round with a score of 30/20.

Egypt participates in the Tokyo Olympics with a mission that is the largest in the history of Egyptian Olympic participation, as the number of players has reached 146, with 134 main, divided into 86 male and 48 female players, in addition to 12 reserves, according to the instructions of the International Olympic Committee.

These were the details of the news The handball team against the French roosters in the semi-finals of... for this day. We hope that we have succeeded by giving you the full details and information. To follow all our news, you can subscribe to the alerts system or to one of our different systems to provide you with all that is new.