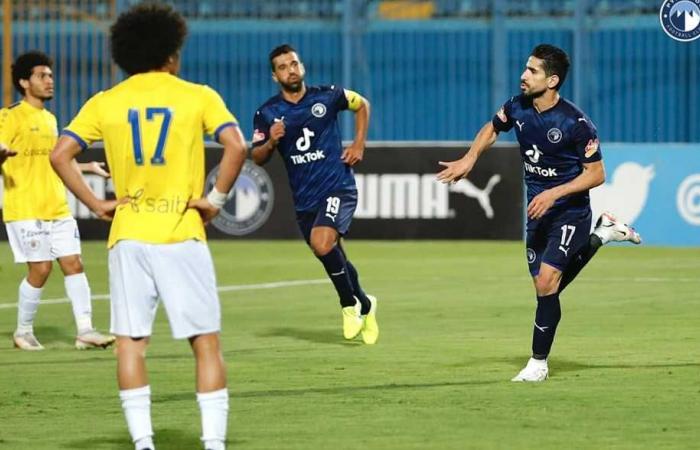 Imad Suleiman, general supervisor of the ball, praised Ismaily for the spirit of the players after the exciting draw that the team achieved against Pyramids in a postponed meeting of the 25th round of the Egyptian League.

Ismaily kidnapped a tie in the eighth minute of the time instead of wasted against Pyramids. (See details)

Imad Suleiman told FilGoal.com: “The draw is deserved, the team players, despite the numerical shortage, were better in the second half and we missed scoring opportunities.”

“The spirit in which the players played and their ability to equalize before the end of the match should be commended,” he added.

And he added, “The technical staff deserves to be commended for what they have done during the last period, and consider it a distinguished march for the team in light of the events of the current season.”

He explained, “I do not always like to comment on arbitration decisions, but the decision to expel Hussein al-Sayed is up to him.”

Ismaily completed the match with 10 players after Hussein El-Sayed was sent off in the 62nd minute.

He concluded, “A draw is better because it raises the morale of the team before a difficult meeting against Al-Ahly.”

Ismaily snatched a valuable point by drawing with Pyramids in an exciting scenario 2-2 in a postponed meeting of the 25th round of the Egyptian League at the Air Defense Stadium.

Takis Junias could not beat Ihab Galal, with two draws and one loss.

The Pyramids balance increased to 42 points, keeping it in fourth place, reducing the difference with Al-Masry by one point.

Ismaily rose to the tenth place with 36 points after a tie.

Al-Ismaili will play a friendly match against the Saudi justice tomorrow, in preparation for facing Al-Ahly next Wednesday

It is expected that the technical staff will pay during the meeting a group of players who did not participate mainly in the Pyramids meeting, with the aim of preparing all players for the pressure of the upcoming matches.

These were the details of the news FilGoal | News | Emad Suleiman to Fil Joule:... for this day. We hope that we have succeeded by giving you the full details and information. To follow all our news, you can subscribe to the alerts system or to one of our different systems to provide you with all that is new.