Mohamed Ziada loses the chance to win an equestrian medal at... 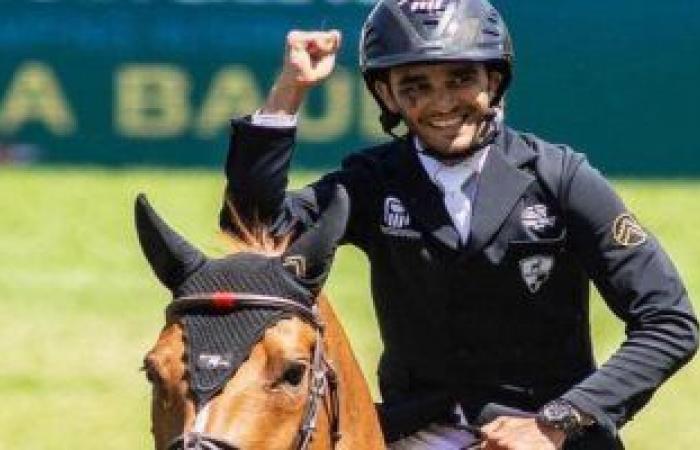 Mohamed Ziadeh officially lost the chance to get a medal in equestrian at the Tokyo 2020 Olympics after Mohamed Ziadeh finished his race in 86.83 seconds, with 8 penalty points, after hitting the barrier twice, and 4 points are deducted once..

And it was the qualification of Nile Nassar and Mohamed Taher Ziada to the individual final, and for the first time since 1940 an Egyptian rider qualifies for the final in equestrian, in addition to the Egyptian equestrian team qualified for the finals of the Olympic Games after an absence that lasted for 60 years..

The qualification of Nile Nassar and Muhammad Taher Ziada to be the duo representing the Arabs in the singles final came after the three representatives of Morocco exited and the Jordanian Ibrahim Bisharat did not qualify, who withdrew from the competition, and the Syrian Ahmed Habshaw, who did not qualify.

The Egyptian knight speaks 4 languages, which are Arabic, English, French and German, and Nayel Nassar holds Egyptian and American citizenship. Nayel Nassar practiced several sports in childhood such as football, basketball, volleyball and tennis, but he was only convinced by horseback riding.

Nassar won the Grand Prix horse riding competition in 2013, whose prize money is estimated at one million dollars.

These were the details of the news Mohamed Ziada loses the chance to win an equestrian medal at... for this day. We hope that we have succeeded by giving you the full details and information. To follow all our news, you can subscribe to the alerts system or to one of our different systems to provide you with all that is new.