After a career of 5 seasons, Marwan Mohsen will leave Al-Ahly... 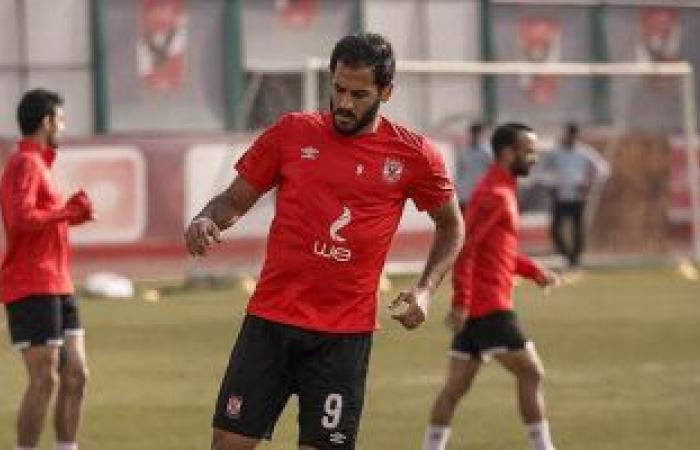 Al-Ahly’s football administration has officially settled on thanking Marwan Mohsen, the team’s striker, at the end of the season, due to the lack of need for his services, as the player is scheduled to be marketed, whether by selling him permanently or loaning him to one of the clubs that requested his inclusion.

South African coach Pitso Mosimane confirmed to his club management that he does not need Marwan Mohsen, in light of his reliance on Mohamed Sharif, the main striker, and then Zambian Walter Bwalya, as well as employing Salah Mohsen in the position of the outright striker sometimes.

Marwan Mohsen moved to Al-Ahly from Al-Ismaili in the 2016 season in a deal that cost the red treasury 10 million pounds at the time. Mohsen has 10 titles with Al-Ahly, meaning that his championships are equivalent to almost half of his goals. Marwan won with Al-Ahly: the General League 4 times, the African Champions League twice, the Egyptian Super Cup, the African Super Cup, the Egypt Cup, and the bronze in the Club World Cup.

Al-Ahly club officials succeeded in completing the procedures for the inclusion of the Mozambican Luis Miccione, the Tanzanian wing of the Simba team, after Amir Tawfiq, the club’s contracting manager, traveled to Tanzania during the past hours to obtain the player’s signature, and obtain the release from his club in a deal that cost the red treasury an amount of one million dollars, equivalent to 16 million dollars. Egyptian pounds, despite the requirement of the Siba administration to obtain two million dollars at the beginning of the negotiations to complete the deal.

These were the details of the news After a career of 5 seasons, Marwan Mohsen will leave Al-Ahly... for this day. We hope that we have succeeded by giving you the full details and information. To follow all our news, you can subscribe to the alerts system or to one of our different systems to provide you with all that is new.