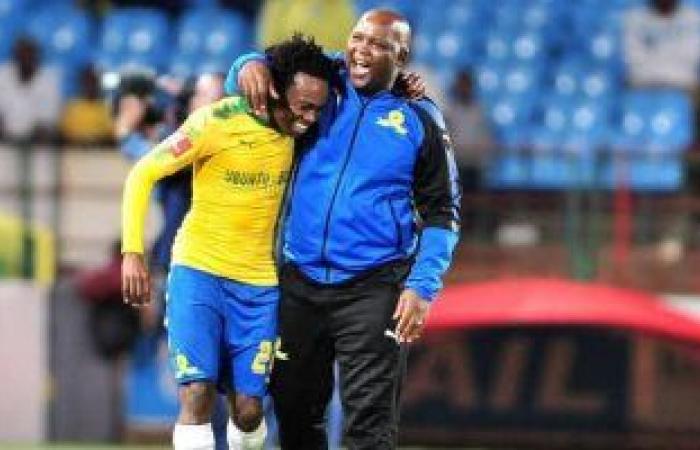 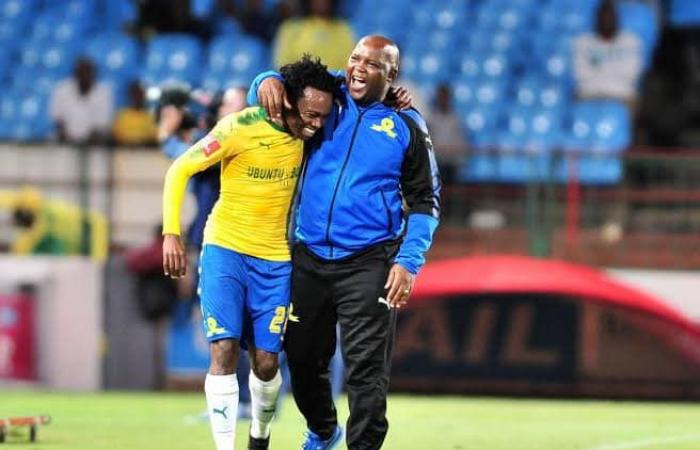 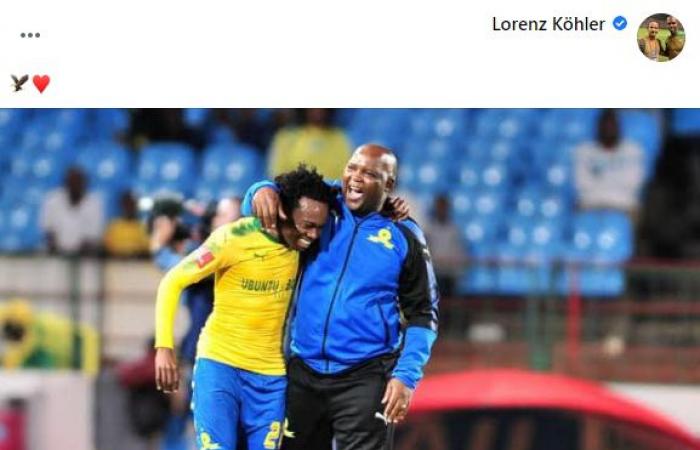 South African journalist Lorenz Collier alluded to the transfer of star Percy Tau, a professional in the ranks of the English team Brighton, to Al-Ahly Club, where he posted, through his account on Facebook, a picture of the star Tao with Al-Ahly technical director Pitso Musimani, while they were in the Sun Downs team, followed by With an expression “red heart and eagle”, referring to his move to the ranks of the Red Castle.

And South African press reports revealed today, Tuesday, that Al-Ahly club contacted its English counterpart Brighton, in order to obtain the services of the South African star Percy Tau, based on the instructions of his compatriot Pitso Musimani, the technical director of Al-Ahly Club..

newspaper said “kickoff” South Africa said that Al-Ahly club had contacted its English counterpart Brighton Hove & Albion regarding the possible inclusion of Percy Tau, at the request of Mosimane..

Musimani recently claimed that he is looking to sign three players before next season, including the Bafana Bafana national team striker, as the player does not participate regularly with his English club, and the player was not offered any guarantees regarding participation with the team..

A source from the club told KickOff: “Tao has been told that he may not get many chances in the starting line-up, but that he must work hard and fight for his place.“.

The source further claimed that Taos future will depend on the offer the Red Devils are prepared to make and if the English club manage to get their preferred targets before the end of the transfer window on August 31 they will let him go..

These were the details of the news A South African journalist hints at Percy Tau’s transfer to Al-Ahly,... for this day. We hope that we have succeeded by giving you the full details and information. To follow all our news, you can subscribe to the alerts system or to one of our different systems to provide you with all that is new.