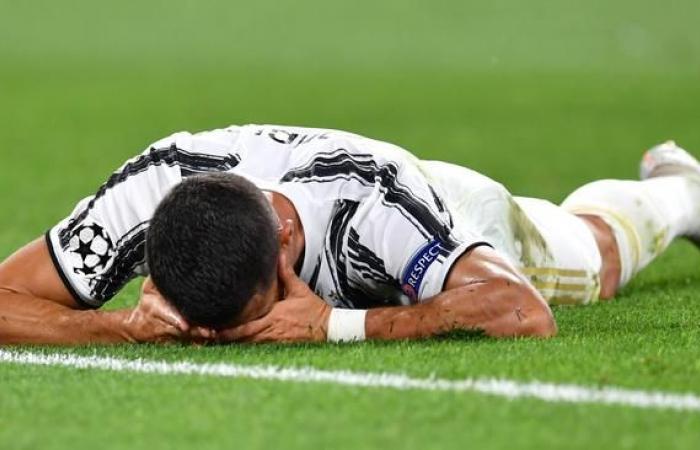 Despite Cristiano Ronaldo testing positive for the coronavirus this week, the sister of soccer superstar Katia Aveiro has bizarrely suggested that the virus is a “scam”.

In a series of social media posts, Aveiro claimed COVID-19 was a hoax, arguing that her brother’s diagnosis was a “messenger of God”.

“If Cristiano Ronaldo is the one who has to wake up the world, I have to say that this is really a messenger from God. Thank you! ”Aveiro wrote in Portuguese on Instagram.

“I believe that today thousands of people who believe so much in this pandemic, the tests and the actions taken, as I do, will see that this is the greatest scam I have seen since I was born.

“A sentence that I read today and that I got up to applaud: ‘Enough to deceive the whole world’. Someone, please open your eyes. ”

According to the Portuguese Football Association, Ronaldo tested positive for the coronavirus on Tuesday but is currently asymptomatic. None of his national teammates tested positive.

“Cristiano Ronaldo was fired from the work of the national team after a positive test for COVID-19, so he will not play against Sweden,” the statement said.

“After the positive case, the remaining players were subjected to new tests that Tuesday morning, all of which had a negative result. Fernando Santos is available for training this afternoon at Cidade do Futebol. ”

According to local media reports, Ronaldo left Portugal in his private jet to continue his self-isolation at his home in Turin, Italy.

The 35-year-old’s jet left Tires Airport in Cascais near Lisbon at around 1:45 p.m. local time. He was taken by ambulance from the Portuguese training camp base in nearby Oeiras to the city runway.

It had been reported earlier on the day he was about to fly back to Italy.

He was pictured thumbs up from a balcony in his room at the Portuguese training camp on Tuesday.

There was no official comment from the Portuguese Federation on Ronaldo’s departure, despite having applied for and received permission to travel.

Eyebrows were raised at the superstar traveling with the contagious virus, but Portuguese health chiefs insist he didn’t do anything wrong.

Portugal coach Fernando Santos claimed before the Juventus star left his home country he was dying to play Ronaldo after missing out against Sweden tonight.

While the star was still at the Portuguese training camp, Santos said in an update on the footballer’s condition: “He’s handling the situation very well.

“He’s in the room and says he wants to play, he’s talking to us from his balcony.

“He’s completely asymptomatic, he’s fine, with no symptoms, he doesn’t even know what happened to him.”

These were the details of the news Cristiano Ronaldo positives Coronavirus, Katia Aveiro, Portugal for this day. We hope that we have succeeded by giving you the full details and information. To follow all our news, you can subscribe to the alerts system or to one of our different systems to provide you with all that is new.