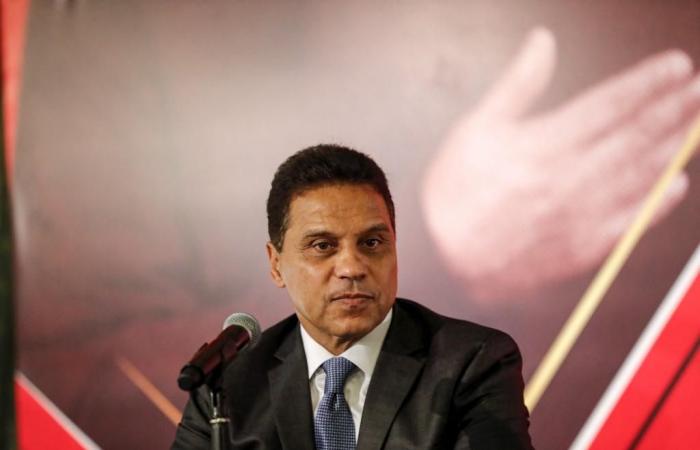 : Four games down and two to go in the group stage of the AFC Champions League.

This is a time when those performing well can think about clinching their spots in the knockout stages while others know that time is running out and there can be no more slip-ups.

Al-Hilal had the biggest of slip-ups in a shock 4-1 defeat at the hands of Istiklol of Tajikistan on Saturday and the two teams are now level on seven points in Group A.

Al-Nassr are looking very good indeed following a 2-0 win over Foolad of Iran and stay top of Group D with eight points from four games, one ahead of Al-Sadd of Qatar  while, in Group C, Al-Ahli completed back-to-back wins over Iraq’s Al-Shorta to stay very much in the hunt with seven points.

All expected a victory for Al-Hilal just three days after defeating Istiklol 3-1, after all, here were the three-time Asian champions against a team playing only their fourth game in the tournament.

Hilal started well and took the lead, but were stunned by four goals in 15 minutes to which they simply had no answer.

Coach Rogerio Micale changed things a little from the previous game but it didn’t work and the Brazilian will have to achieve the twin task of getting his players to put the game behind them and treating it as one of those things, while remembering the lesson that every game in Asia is a tough one.

Now finishing first in the group is out of Al-Hilal’s hands and if they don’t progress Micale’s job, as he acknowledged after the game, will be in jeopardy. He, nor Al-Hilal can afford another result like this.

2. Abdullah ensures Jones is not missed in Al-Nassr’s goal

Al-Nassr’s Brad Jones has been one of the most consistent goalkeepers in the Saudi Arabian league in recent years but the former Liverpool and Feyenoord shot-stopper had been ruled out of the double-header against Foolad after testing positive for coronavirus.

Three days earlier, stand-in goalie Waleed Abdullah had been at fault for Foolad’s goal in the 1-1 draw, but in the return match against the Iranians, he was inspired.

Abdullah made a number of saves to ensure that Al-Nassr kept a clean sheet and provided the platform for a vital win.

He was so good that, despite a delicious goal from Abderrazak Hamdallah, he was named MVP.

Jones will not appear for either of the next two games and this is a real chance for Abdullah to show the new coach what he can do.

3. Al-Ahli emerging from the gloom

After such dreadful form in the league and a 5-2 loss in the opening game against Esteghlal, Al-Ahli have come back well and with seven points from four games are now just one point off the top of Group C.

Under new coach Laurentiu Regehcampf, the Jeddah club have shown more energy, confidence and desire on the pitch and it is amazing what a new coach and a couple of wins can do.

With Omar Al-Somah scoring his fourth of the competition and the team looking a little more solid at the back, there is no reason why this form can’t continue, but the real tests are coming in the next few days.

4. With Hamdallah back, Al-Nassr can go all the way

There are signs that the striker who scored 29 goals in the league last season and also finished as top scorer in the AFC Champions League is back to his best.

This season has been stop and start for the Moroccan with injuries not helping and there was also some criticism of his attitude which was repeated earlier in the group stage after a petulant his reaction to being substituted.

There were signs that the sharpness was returning and that was confirmed with a glorious goal against Foolad that sealed a vital three points after he set up the opener for Abdulfattah Asiri.

With six minutes remaining, he collected the ball inside the area, beat two defenders and then chipped the goalkeeper in a fashion that can only be described as delightful.

If Hamdallah does return to 2020 form then Al-Nassr, who reached the last four last time around, can go all the way.

5. The next games are crucial

While the 2021 AFC Champions League group stage has expanded to 40 teams, from 32, the size of the knockout stage remains at 16.

This means that, unlike in previous years when the top two progress, only the group winners are certain to go to the second round along with, in the western zone, three of the five best performing runners-up.

This also means that even if the top spot has gone, it is necessary to try and finish second and win as many points as possible. There can be no let-up.

Al-Nassr will virtually secure second if they defeat Al-Wehdat in the next game.

Al-Hilal still have work to do and while winning both of their games won’t guarantee top spot, it will be enough to go through.

Al-Ahli need to get something against Esteghlal, the team they lost 5-2 to in the opening game, to stay in the hunt.

These were the details of the news Egypt’s national soccer team coach positive for coronavirus for this day. We hope that we have succeeded by giving you the full details and information. To follow all our news, you can subscribe to the alerts system or to one of our different systems to provide you with all that is new.