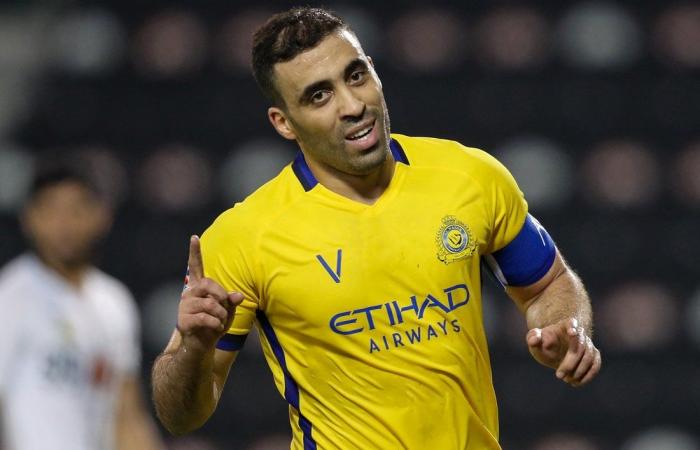 Jeddah - Yasmine El Tohamy - DUBAI: What do you get if you let a tech wizard and a football-mad businessman brainstorm together for long enough?

The answer, perhaps not surprisingly in hindsight, is a social media network for football fans.

News feeds, games, prediction leagues, and chatrooms. Uniquely for social networks, it also looks to share its wealth with its members through its own cryptocurrency, TheFutbolCoin (TFC). The more you engage, the more likes you get, the more you make.

Van Zutphen is a veteran of the tech industry and has had several experiences of creating social networks since the early days of the century.

“It’s a lot more difficult than people expect, because of the amount of polish they see on Instagram and Facebook. They have tens of thousands of technologists as you can imagine. But if you break into a social network, you have to be better than the existing ones, not be equal or lesser.”

It took a long time to perfect an idea which, according to van Zutphen, initially came about after his friend and champion skier Jan Hudec - nicknamed the Panda - had asked him to devise a mechanism in which money can be poured back into the skiing community.

And so the tech behind TheFutbolApp was born.

“We’re used the advantage of the big technology toolkit we developed over a decade with a really world class team of guys and we felt that the way to get in the market was through sports, as a primary interest base, because we knew that Twitter was riding the coat-tails of football.”

To what extent football fans flock to Twitter came as shock to van Zutphen, as it might for many people.

“I’ve talked to executives at Twitter, and they said straight to me that of 100 million daily active users (two years ago), 70 million are there primarily because of football. So really Twitter is a football app, it’s football’s Instagram. So we thought that we could field something different and better, maybe to combine the features of these popular networks. We could do it, and we chose football.”

“It wasn’t easy, it’s technically very difficult,” he added. “But we did get it off the ground now and it’s running really beautifully.”

TheFutbolApp was launched in 2019 and currently has just over half a million active members. The founders where after creating a community that will benefit all its members equally.

“Steve and I and the whole team have a burning desire to make difference for everybody involved in this community,” Kafkarkou said.

“The biggest community in the world is football. Everybody is equal, everybody shares the passion.”

The established social media networks are not exactly enjoying positive press these days and Kafkarkou is keen to point out how TheFutbolApp will differentiate itself from the pack.

“One of the benefits of the TFC, the token, is that it's a mechanism for us to share the wealth of advertising in football with our users,” he said.

This holistic mindset can benefit all partners he says, including football clubs, whose finances, shoddy at the best of times, have been devastated by the Covid-19 pandemic.

The most important stakeholder, however, is always the individual fan.

“We [TheFutbolApp] are closer to the fans of any club than the clubs themselves and that will continue to grow,” he added.

“We’re growing without any promotional activities at eight percent per month in terms of users. And we’ve barely warmed up, there are many more things to come.”

Having held an executive position at a Fortune 500 company in New York, Kafkarkou says it would have been easy for him and his partner to conceive of other money-making ideas.

Their motivation, however, was to create a model where “everybody wins or nobody wins”.

As with other social networks, registering on TheFutbolApp is simple. Name, location, favorite team, or teams.

“If you install the app and activate your wallet, the first thing you get is one free TFC,” Kafkarkou said. “Today that token is listed on one of the most prestigious cryptocurrency exchanges and has value of 42 cents. If you invite a friend and they activate their wallet, you get another TFC. The three most popular areas of the app are the social feed of your club, the games and the chatrooms. People can earn a lot of points which we convert to TFC playing games. In the bitcoin world you mine electronically, in our world, you socially mine. You spend time in the app and you earn it.”

The early signs were that it had universal appeal. Fifty percent of users are women.

In Cyprus, where the founders reside, over 100 businesses accept TFC in part or in whole for goods and services. The co-founders expect similar engagements elsewhere.

“We love data because you have to work with reality, not dreams,” said Kafkarkou.

“We are approaching one million transactions paid for in part or in whole with the TFC here in Cyprus. So when setting up in the UK or US, the adoption will be at least as great as Cyprus.”

The Middle East, like Africa, is proving fertile ground for new members.

“We just recently did the Arabic translations, we started updating all the social feeds for all the teams in the region,” said van Zutphen.

“It’s one of the greatest markets. The top four markets in the world in terms of the degree of intensity for the love of football are Nigeria, Saudi Arabia, Brazil and Egypt. We’re super excited about being able to bring the Middle East to this app.”

Crucially, according to Kafkarkou, Arab football fans, as opposed to, say, a supporter of Premier League club, tend to support several teams in several different countries, or markets.

That will translate to more time on the app.

“We well understand the passion in the Arab states for football,” he said.

“The typical Arab fan follows three or four clubs. They follow their local club, but they also typically follow a team in La Liga, the English Premier League and also in Serie A in Italy. Frankly, they almost love them equally.”

“If you’re following your favorite player or club on Instagram you’re not allowed to post in their feed, but in our system you can, so you’re actually in the party there,” he added.

It is by design a one-stop shop, or network, for football fans. Kafkarkou calls it an “app in an app” and Van Zutphen believes it could well replace different chatrooms, forums, WhatsApp and Facebook groups, which he sees as “scattered to the wind”.

A fan on his way to a football match, can plan to meet up with supporters in a coffee shop near the stadium while checking the team line-up on his club’s feed. And then pay for his latte with TFC.

“And that is, turning [engagement] into knowledge of where you can go and also into money, tokens, that you can use to actually buy things,” he added.

These were the details of the news Al-Ittihad settle FIFA dispute as domestic suspension of Al-Nassr forward is upheld for this day. We hope that we have succeeded by giving you the full details and information. To follow all our news, you can subscribe to the alerts system or to one of our different systems to provide you with all that is new.