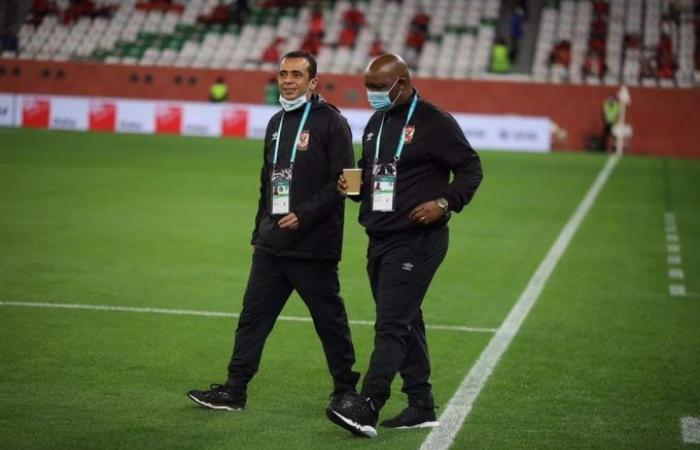 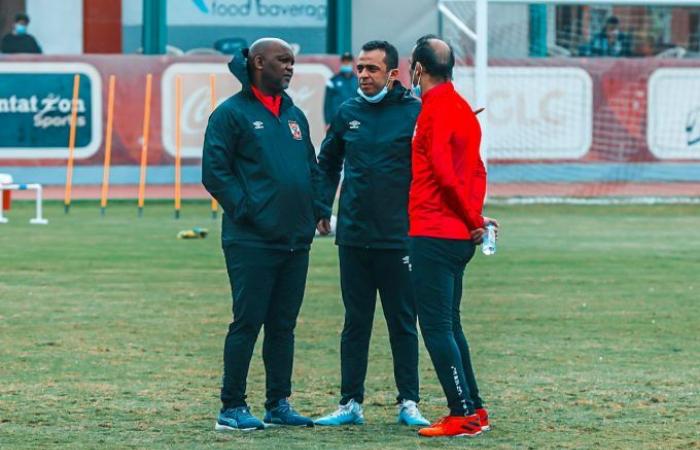 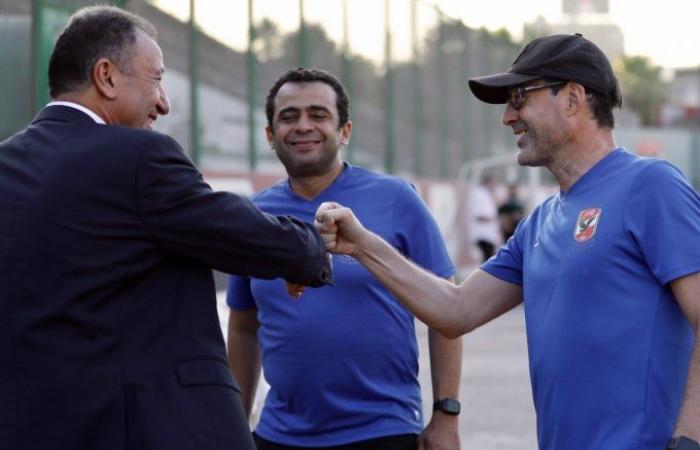 Thank you for reading the news about Al Ahly translator compares ’emotional’ Mosimane with Weiler, Carteron and now with the details

One of the reasons behind Pitso’s success in Egypt is Al Ahly’s translator Amr Moheb, who worked with three different managerial schools during his time with the Reds.

Moheb’s first stint at Al Ahly came with Frenchman Patrice Carteron, before working with the Swiss René Weiler, and finally with Pitso Mosimane of South Africa.

When asked to make a comparison between the three head coaches, Moheb said: “Patrice Carteron was very concerned with the human side but in the European way.

“René Weiler is a bit different; all of them are respectful and have their own styles. However, Pitso Mosimane is an African like us when it comes to feelings, and he cares a lot about it.

“Pitso is a proactive and hard worker. With him, I make 10 times more effort than with René Weiler because of his interest in work and the length of his lectures.

“The coach who prolongs the most in the lectures is Mosimane because he studies the opponents well. Weiler was the quickest, while Carteron was in between,” he added.

READ: Al Ahly legend: Smart ‘Mosimane’ can get the best out of every player

Pitso Mosimane has taken charge of Al Ahly in 24 games, winning 19 out of them, while losing just once to European giants Bayern Munich.

These were the details of the news Al Ahly translator compares ’emotional’ Mosimane with Weiler, Carteron for this day. We hope that we have succeeded by giving you the full details and information. To follow all our news, you can subscribe to the alerts system or to one of our different systems to provide you with all that is new.