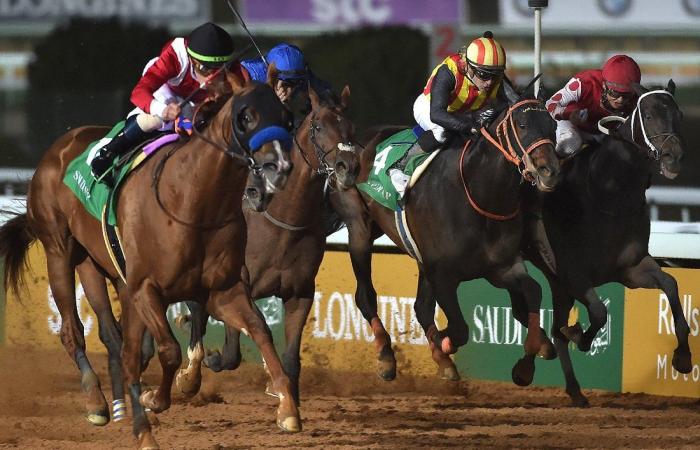 Jurgen Klopp’s side endured a third successive defeat to effectively end any chance of retaining the title.

The calamitous nature of Liverpool’s late meltdown raises serious questions about their bid to qualify for next season’s Champions League.

Mohamed Salah had given the Reds the lead in the second half at the King Power Stadium.

But James Maddison triggered a remarkable burst of three goals in seven minutes from the hosts.

Maddison’s VAR-assisted equalizer was followed by a howler from away keeper Alisson, whose miscued clearance was converted by Jamie Vardy.

It was another miserable afternoon for Alisson following his two costly mistakes in last weekend’s 4-1 defeat against Manchester City.

While Klopp would privately concede that Liverpool won’t win the title, it is their top four place that he will be more worried about after the Reds were left with just two wins from their last 10 league games.

They could be as low as sixth place by Monday if Chelsea and West Ham win their games in hand.

The temperature was well below zero in the East Midlands and Klopp’s 300th game in all competitions as Liverpool manager could not have been any more bitter.

The City humiliation last Sunday left Klopp insisting he does not listen to the “noise” around Liverpool’s shocking slide.

He won’t be able to ignore the alarm bells any longer.

Leicester climbed above Manchester United into second place after feasting on Liverpool’s problems.

Kabak had relatively little experience in the Bundesliga and Vardy welcomed him to the Premier League with a superb run that left the 20-year-old trailing in his wake as the Leicester striker lifted his shot just over the bar.

Vardy had a golden opportunity to open the scoring when he got between Kabak and Jordan Henderson to meet Barnes’ cross, yet his header was too close to Alisson.

Picked out by Maddison’s sublime backheel, Vardy got in behind Henderson before smashing his shot against the bar.

Trent Alexander-Arnold was inches away from giving Liverpool the lead after half-time when his free-kick deflected off Vardy and clipped the bar.

Alexander-Arnold whipped over a cross and Firmino brilliantly dragged it back to Salah with a remarkable piece of nimble footwork.

Salah guided Firmino’s pass into the far corner with a clinical finish from 15 yards for his 23rd goal of the season in all competitions.

Just as Klopp’s men looked back on track, they were unhinged a
VAR controversy.

Initially, Leicester were frustrated when VAR ruled that Alexander-Arnold’s challenge on Harvey Barnes was just outside the penalty area rather than inside it.

But Maddison ensured they wouldn’t rue that decision when he bent his free-kick into the far corner.

An offside flag went up against Daniel Amartey, but a VAR review showed Firmino’s foot had played the Leicester midfielder onside so the goal was given.

Klopp reacted with a frustrated laugh at the way fate had conspired against Liverpool, but the German was simply furious three
minutes later.

Needlessly rushing out to deal with Youri Tielemans’ long pass, which could have been cleared by Kabak, Alisson collided with the defender and miscued his kick straight to Vardy, who couldn’t believe his luck as he slotted in the empty net.

Liverpool were in disarray and their misery was complete in the 85th minute as Barnes sprinted onto Wilfred Ndidi’s pass to fire past Alisson.

These were the details of the news Bahrain’s finest set sights on Saudi Cup’s top prizes for this day. We hope that we have succeeded by giving you the full details and information. To follow all our news, you can subscribe to the alerts system or to one of our different systems to provide you with all that is new.