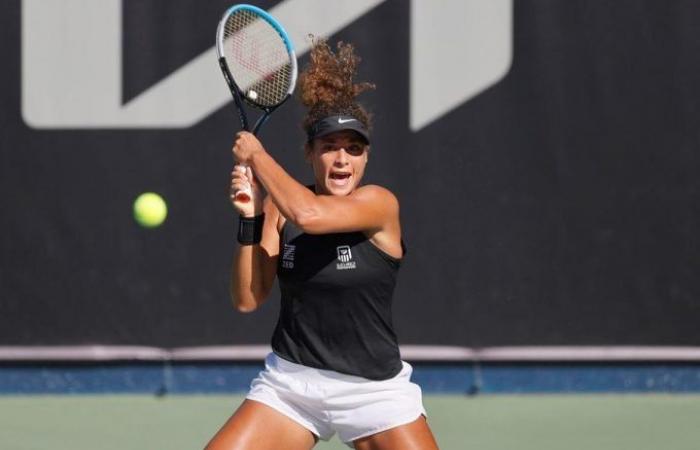 Dubai - Yasmine El Tohamy - Egypt tennis star Mayar Sherif has failed to make it to the third round of the Australian Open, the first tournament of four grand slam titles in the year, after losing against Slovenian opponent Kaja Juvan.

Just last month, Sherif has become the first Egyptian woman to compete in the Australia Open main draw after beating Serbia’s Aleksandra Krunic in the qualifiers.

The tournament became her second Grand Slam after appearing in the French Open last September; however, she had exited the tournament early after losing the first game to Ka Plíšková.

Sherif had defeated France’s Chloe Paquet in the first round 7-5 7-5, to achieve her first-ever win in a grand slam main draw and become the first Egyptian woman to achieve a victory in the majors.

However, the 24-year-old couldn’t make it further in the tournament despite a great first set.

Sherif sealed the first set of the match 6-3 after a briliant performance, but she lost in the second set 6-7 after going to tiebreak.

In the third set, Sherif was broken early in the set and her Serbian opposition maintained the lead until winning the deciding set 3-6.

Sherif is currently ranked 128th in the world among women players which is the highest ranking ever by an Egyptian tennis player.

These were the details of the news Mayar Sherif exits Australian Open from second round for this day. We hope that we have succeeded by giving you the full details and information. To follow all our news, you can subscribe to the alerts system or to one of our different systems to provide you with all that is new.