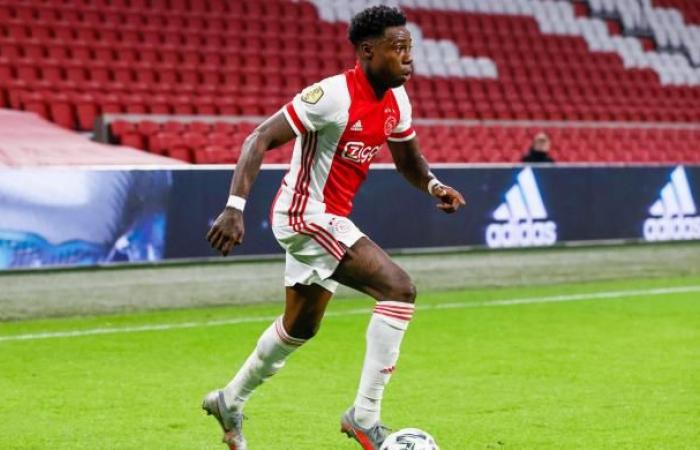 The Dutch international Quincy Promes is said to have been involved in a knife fight at a family celebration this summer. He was arrested and his lawyer protests her client’s innocence.

The Dutch national soccer player Quincy Promes from champions Ajax Amsterdam is in custody until further notice because of alleged involvement in a knife fight.

As a judicial spokesman for the Dutch news agency ANP announced, the prosecution has not yet decided whether the 28-year-old will be brought before an examining magistrate. The provisional pre-trial detention of three days could therefore be extended by another three days on Wednesday.

Promes was arrested by police in Amsterdam on Sunday morning. He is said to have been involved in a knife fight at a family party last July, in which his nephew was seriously injured in the knee.

Promes not while exercising

Promes’ attorney Manon Aalmoes stated that her client was not involved in the incident and is working with the judiciary. Yehudi Moszkowicz, lawyer for the alleged victim, contradicts this statement.

Ajax has not yet commented on the case. However, Dutch broadcaster NOS reported that the club had confirmed that Promes did not attend training on Sunday.

The day before, Promes had been in the starting line-up in Ajax’s 4-0 win against PEC Zwolle and scored one goal.

These were the details of the news Pro Quincy Promes in custody for knife stabbing for this day. We hope that we have succeeded by giving you the full details and information. To follow all our news, you can subscribe to the alerts system or to one of our different systems to provide you with all that is new.