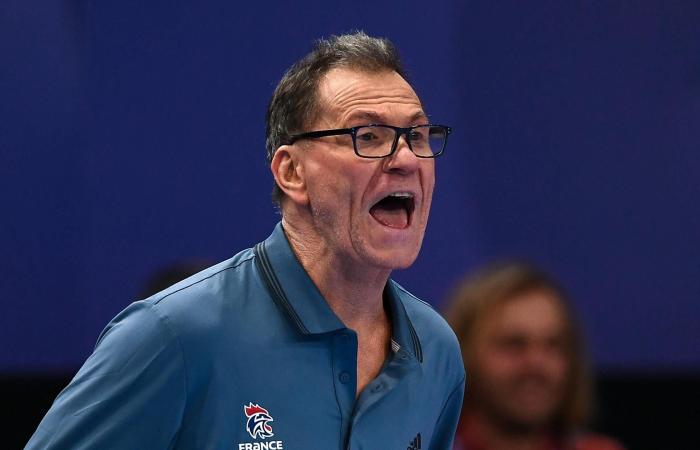 Olivier Krumbholz, you were annoyed at the end of the meeting. What happened ?

O.K. : “We had two problems. The first, which we have already talked about, is the programming of matches. There was a serious injury, there is no respect for the players and it is dramatic. The second problem is refereeing. They have been struggling with almost every match since the start of the competition. Again, I don’t think it’s serious for the EHF (European Handball Federation) since the players are not important and that fairness in sport is not important for the EHF either. “

Laura Flippes got injured. Do you think it is linked to the sequence imposed by the EHF to play two matches in 24 hours?

You blame the EHF for not postponing the meeting to Sunday, to avoid a chain of two matches in 24 hours?

O.K. : “There were plenty of solutions. We were constructive, but they didn’t want to hear anything. It’s disrespectful and dangerous for the players. Now, what I hope is that the world of handball is going We must not forget that, if it is the cruciate ligaments, Laura Flippes will not make the Olympics, will not make the European Cup, will not play for six months for her club and will not play the qualifying for the World Championship if we play qualifying. But that doesn’t seem to be important. It only seems to be important for us, the teams. At the end of this competition, he We must all meet, all the federations, with Denmark I hope, to say stop. This is unacceptable. Unacceptable. “

These were the details of the news France-Russia (Euro women’s hand): Krumbholz furious against the European federation for this day. We hope that we have succeeded by giving you the full details and information. To follow all our news, you can subscribe to the alerts system or to one of our different systems to provide you with all that is new.