“I’m not a racist”, defends Coltescu, the fourth referee 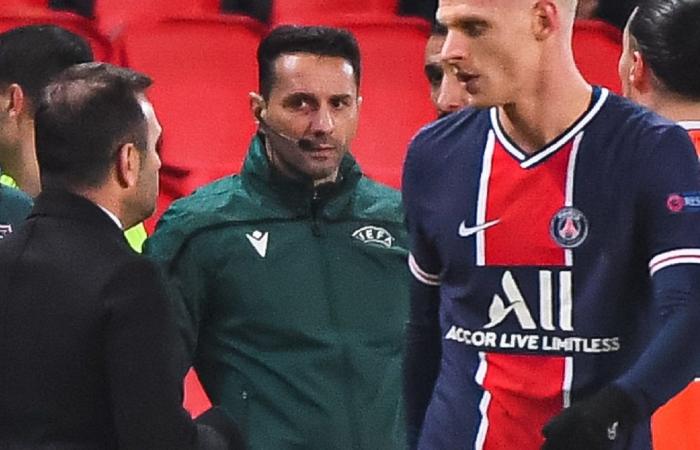 In the aftermath of the earthquake, the Romanian newspaper ProSport tracked down Sebastian Coltescu. The fourth referee is accused of having made racist remarks against Pierre Webo, assistant coach of Istanbul Basaksehir, on Tuesday during the Champions League meeting between PSG and the Turkish club.

“I won’t be reading any site these days”

“I’m just trying to be good,” Coltescu reportedly told his relatives, according to the Romanian newspaper. “I won’t be reading any sites these days. Anyone who knows me knows I’m not racist. I hope at least this. ”

Revolted to have heard him designate Webo as “black”, the players of both teams left the field and refused to resume the match. It will finally take place this Wednesday at 6:55 p.m. and will resume in the 13th minute of play.

The main referee is “sorry”

UEFA has opened an investigation into this unusual fact. Contacted by Europe 1, the main referee, Ovidiu Hategan, was a little out of his duty of reserve imposed by UEFA. “We can’t make any statements, we have to talk to UEFA first, he said. Normally I would have answered you gladly, but not tonight. Of course we’re sorry, but respect our silence, and understand the situation. ”

A Twitter account posing as that of Coltescu had also relayed a message of apology without anything indicating that it is indeed that of the fourth referee.

These were the details of the news “I’m not a racist”, defends Coltescu, the fourth referee for this day. We hope that we have succeeded by giving you the full details and information. To follow all our news, you can subscribe to the alerts system or to one of our different systems to provide you with all that is new.