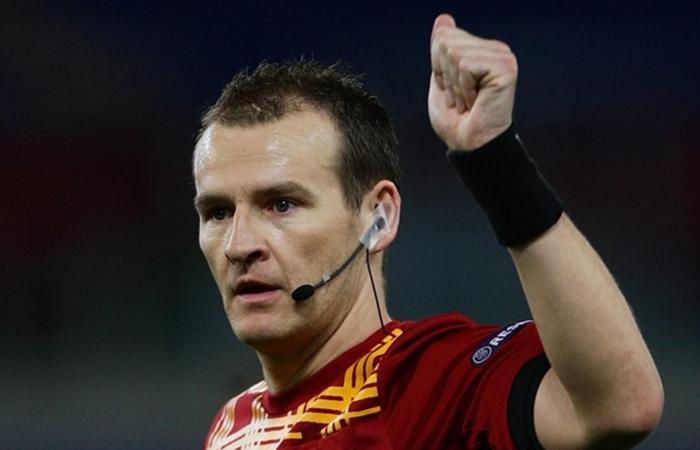 Pavel Kralovec, a Czech referee who officiates in the Champions League in particular, is involved in a match-fixing scandal in his country. The case involves former Czech Football Association (FACR) deputy director Roman Berbr, who has been in detention on suspicion of match-fixing since October. Citing police eavesdropping, the thèque newspaper TODAY revealed that Berbr called Kralovec ahead of the Czech Republic Cup final last July, in which Sparta Prague beat Slovan Liberec 2-1, securing their place for the Europa League group stage.

“Quite simply, I just need a political thing, okay? You will understand. Josef Krula came by on MondayKrula is the sporting director of Sparta Prague and a former referee. Kralovec, who can be heard replying on the tapes that he understood Berbr’s demand, came under heavy criticism after the match because he had notably refused to exclude Sparta midfielder Martin Frydek for stepping on an opponent, despite calls from the video referee to review the action.

On Tuesday evening, 43-year-old Kralovec refereed the Champions League match between Chelsea and Krasnodar (1-1) in London. Sparta, who failed to qualify in Group H of the Europa League, which also includes AC Milan, Lille and Celtic Glasgow, denied any fouls and said they wanted a “thorough investigation“on the case. Berbr was one of 19 people arrested by Czech police in October on suspicion of conspiring in the match-fixing case, and he was forced to resign.

The 66-year-old former referee has been in his post since 2013 and according to local media has been pulling the strings of Czech football for years. In the past, several allegations have targeted Berbr in connection with corruption and intimidation at the FACR, but he has never been charged. His wife Dagmar Damkova, the first woman to have refereed in the men’s first division in the Czech Republic, has resigned her post on the UEFA referees committee following the accusations.

These were the details of the news Chelsea-Krasnodar referee implicated in a match-fixing case in his country for this day. We hope that we have succeeded by giving you the full details and information. To follow all our news, you can subscribe to the alerts system or to one of our different systems to provide you with all that is new.