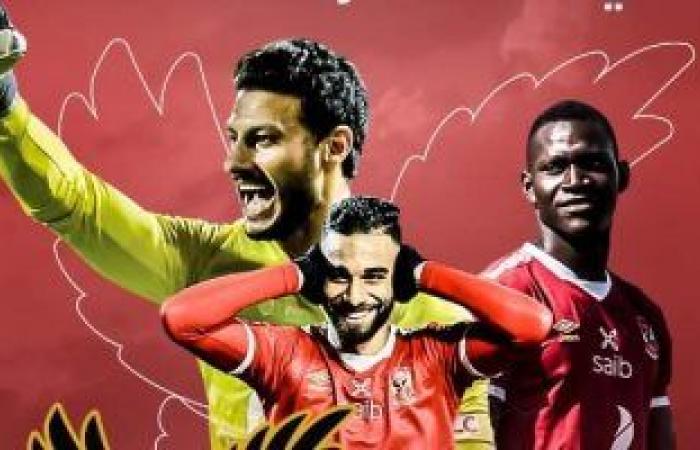 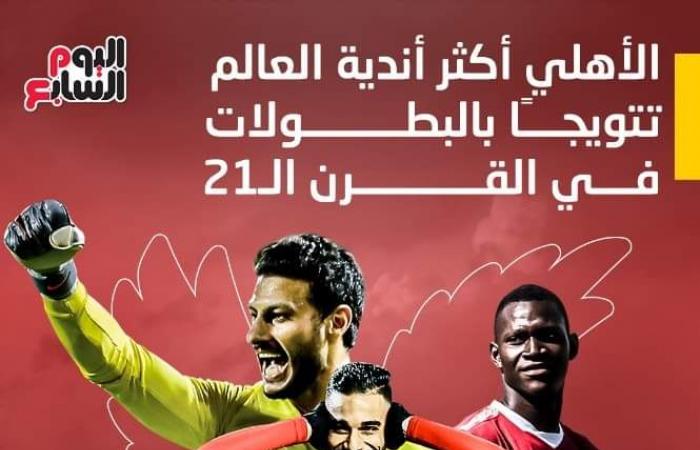 Al-Ahly club sits at the top of the world’s most crowned clubs in the 21st century with 43 championships, whether local or continental, after it succeeded in snatching seven African Champions League titles in addition to 13 league championships, 11 local Super Cups, five Egyptian Cup titles and six African Super Cups next to the Confederation Championship, He surpassed Bayern Munich, who came second in the list with 42 titles, Lincoln Red Amps, who finished third with 40 titles, and Barcelona, ​​who finished fourth with 34 titles.

And Al-Ahly has a historic opportunity to increase its tally of titles if it succeeds in crowning the Egyptian Cup tonight, and fans of the round witch are waiting for the 8th chimes this evening, Saturday, to follow the fateful meeting that brings together the Al-Ahly team with its counterpart Al-Jaysh at the Burj Al Arab Stadium in Alexandria in the final of the Egypt Cup, and the red giant dreams By crowning the title to reach the historic triple after crowning the league for the fifth time in a row, then winning the African Champions League at the expense of traditional rival Zamalek for the first time in seven years.

And the red giant can strengthen its top position on the list of the most international clubs culminating in championships in the 21st century if it succeeds in winning the Egyptian Cup tonight beside the coronation of the African Super at the expense of the renaissance of the Moroccan Borkan, the Confederation champion scheduled for the middle of this month, as well as the local super at the expense of the army leaders in the meeting that did not The date is fixed yet.

Al-Ahly can present a historic season in which it achieves six championships, equal to Bayern Munich, before the two teams meet in the Club World Cup in Japan in early February, to be the tournament that separates the two clubs this season in terms of the most crowning championships in one season.

Al-Ahly won the League and the Champions League, and the Egyptian Cup, the Local Super Cup and the African Super Cup remain next to the FIFA Club World Cup, while Bayern Munich won the League and Cup in his country next to its crowning of the 2019/2020 UEFA Champions League, before winning the European Super Cup and German Super Cup within a month Last September and preparing to appear in the Club World Cup in order to repeat Barcelonas achievement with Pep Guardiola in 2008-2009.

Al-Ahly is crowned the most Egyptian Cup

These were the details of the news Al-Ahly is the most crowned club in the world in the... for this day. We hope that we have succeeded by giving you the full details and information. To follow all our news, you can subscribe to the alerts system or to one of our different systems to provide you with all that is new.