Griezmann still scorer, Dembélé captain … the French of Barça at the party 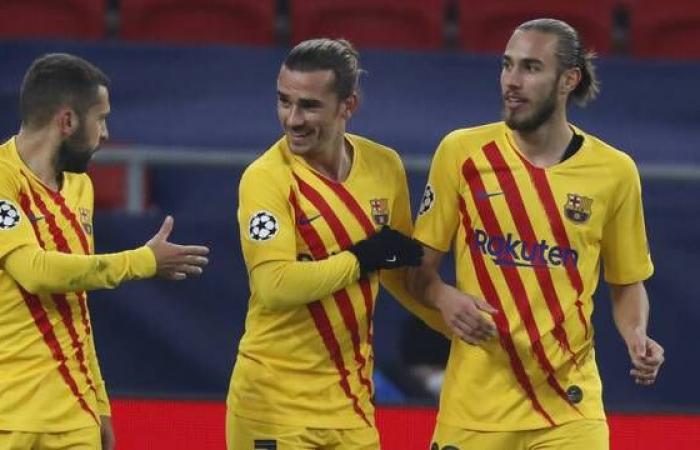 Thanks to the return to form of its French, FC Barcelona, ​​already qualified, logically defeated Ferencvaros 3-0 Wednesday in Budapest for the 5th day of C1, and calmly approaches the “final” for the first place of the group against Juventus Turin, Tuesday.

Antoine Griezmann, apparently released since he emptied his bag on Spanish TV, opened the scoring with a magnificent heel passed between the legs of the opposing goalkeeper. Martin Braitwhaite quickly doubled the bet (20th) on a similar action, and finally Ousmane Dembélé (28th) closed the debates by scoring on a penalty caused and offered by the Dane. This is how the Blaugranas have chained a fifth victory in 5 games in the competition.

Antoine Griezmann – Ousmane Dembélé, the Blue doublet has taken on color. Widely criticized for its performance below expectations since last season, the French duo shone again Wednesday in Hungary, multiplying the gestures of classes and ingenious trips. Griezmann has scored a goal in the last three games, something that had not happened to him for a series of six games between December 2018 and January 2019 at Atlético Madrid.

And Dembélé, after the exit of his compatriot Clément Lenglet (65th), ended the meeting with the captain’s armband around his arm, for the first time. “There is enough talent in our attack and I hope that all will follow the path shown by these three,” said coach Ronald Koeman after the meeting at the microphone of Movistar.

These were the details of the news Griezmann still scorer, Dembélé captain … the French of Barça at the party for this day. We hope that we have succeeded by giving you the full details and information. To follow all our news, you can subscribe to the alerts system or to one of our different systems to provide you with all that is new.