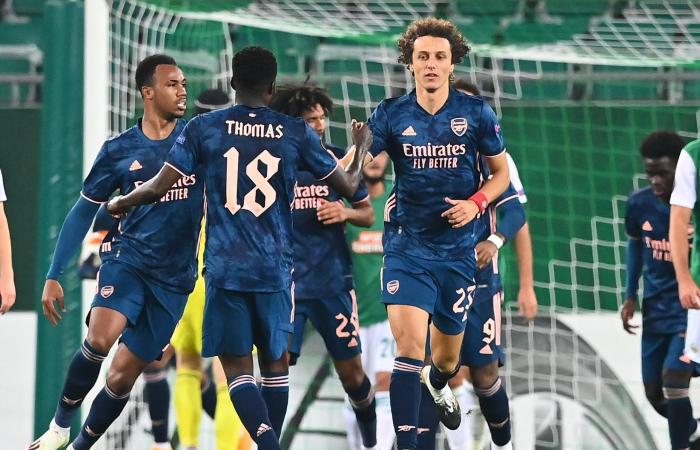 When Rapid Wien is received by Arsenal FC in the Europa League today, it will be the first time in front of an audience. Here you can follow the match live on TV and via live stream.

Rapid’s guest appearance in the football Europa League on Thursday at Arsenal makes for significantly more headlines in the British media than is usual in a duel between an English club and a local Bundesliga club. The reason for this is not the explosive sporting nature, but the fact that it is the first competition game of a Premier League club with spectators since the beginning of the pandemic. 2,000 spectators will be able to experience the duel between Arsenal and Rapid Wien live in the stadium.

The match between Arsenal and Rapid Vienna will not be shown on free TV this evening. Puls 4, the only Austrian broadcaster that has acquired the rights for the Europa League, is showing the game LASK Linz against Tottenham tonight. The Europa League match between Arsenal and Rapid Wien cannot be seen on TV tonight. However, from 11.20 p.m., the highlights of the game will be shown on Puls 4.

With this year’s Europa League season, the streaming provider DAZN has secured the rights to all live games. DAZN is compatible with smart TVs, smartphones, tablets and game consoles. The live stream for the match between Arsenal and Rapid can be played on these devices without any problems.

Various live streams are circulating on the Internet showing the game between Arsenal FC and Rapid Wien online. There are various websites that broadcast sporting events free of charge, but far from flawlessly, whereby this word refers to both the image quality and the legal question of the legality of such services.

We recommend the VIENNA.at live ticker for fans who cannot follow the game in pictures. Here you will find lineups, statistics and instantly updated information about what is happening in the stadium.

>> LIVE ticker for the match between Arsenal and Rapid Vienna

These were the details of the news Today LIVE: Arsenal vs Rapid Vienna – live stream & TV... for this day. We hope that we have succeeded by giving you the full details and information. To follow all our news, you can subscribe to the alerts system or to one of our different systems to provide you with all that is new.