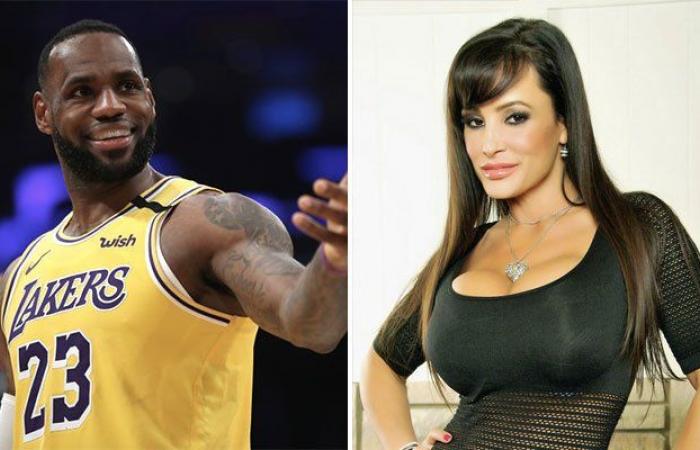 Praised by a good part of the NBA community, LeBron James also knows how to be appreciated by personalities … of X. Lisa Ann, for example, had only good words to say about him.


Irresistible, you say? More than ever placed in the spotlight since his arrival in Los Angeles, LeBron James was able to respond present on his 2nd season with the Lakers by going to win the 4th title of his career. An achievement obviously hailed by the main observers of the NBA, but also by fans around the world.

I think I’m a little grieving after the NBA bubble ended, because it was so much fun, right? There were games all day, it was almost too much at times! There were so many choices …

But if there is one confrontation that particularly caught her attention, it is indeed the NBA Finals, and its outcome that she had anticipated.

I thought Game 5 was really great! On Game 6, it felt like the Heat was running out of juice, and we knew the Lakers would come away with the title no matter what. I was really confident about it. I felt the spirit of Kobe throughout the series, so I had no doubts that the Lakers were going to be champions.

Les Angelinos, fully supported by a sister of Lisa Ann during the whole of the playoffs, were indeed able to pull out of the game in a context of the most particular. A feat that they owe in large part to LeBron, and to his immense qualities as a pack leader according to actress X.

It takes time to build such chemistry. Anthony Davis has had to move and adjust to his new teammates, new coaches and new environment. And I knew once he bonded with LeBron… LeBron is just a great leader! And he gets the best out of the players around him.

We could see him on several occasions. This kind of success takes time to be accomplished, you have to build trust. When you move from team to team, you have to know how to integrate. So you had to be patient with Anthony Davis and LeBron. And this cohesion was even harder to put in place in the bubble!

Without the presence of a headliner like LBJ to lead the roster, the Purple & Gold would indeed have encountered many more difficulties in this austere environment. From now on, it is in a configuration much closer to their habits, and with an alchemy to recreate with the new recruits, that they will have to repeat this course.

Admiring LeBron James’ ability to unite her group and draw the quintessence from it, Lisa Ann takes her hat off to him. Compliments always good to take for the King.