The cancellation of Los Pumas? Xenophobic and misogynistic tweets from the Argentine rugby team revealed after the “disappointing” tribute to Maradona 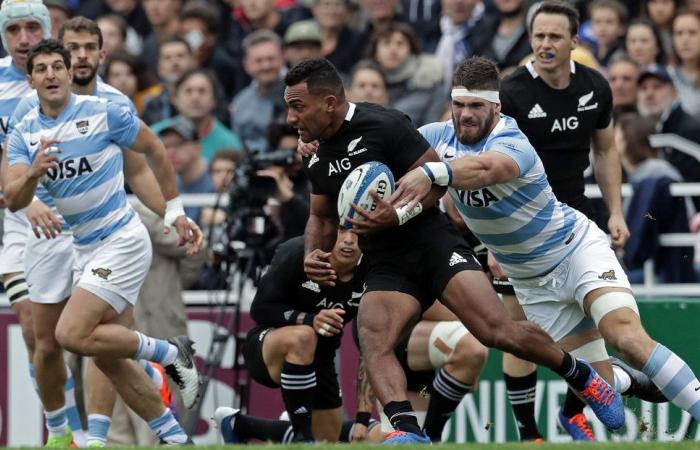 Last Saturday, the Argentine rugby team faced his counterpart from New Zealand, within the framework of the Three Nations tournament that is played in Australia. It was a special meeting, because it was the first presentation of the albiceleste team after the death of soccer legend Diego Armando Maradona.

While the New Zealand ‘All Blacks’ dedicated their now traditional ‘Haka’ – an ancestral dance of the Maori culture – to the Argentine idol, their captain displaying a black shirt with the characteristic ’10’ on the back, ‘Los Pumas’ Argentinos they only wore a small mourning bracelet on their sleeves.

After being harshly questioned in their own country, Los Pumas publicly apologized for the “disappointing“Tribute to the greatest sports idol of Argentina and much of the world.

In a video posted on the official account, the albiceleste team noted: “We know that the tribute caused pain and disappointment in many people, but it was by no means our intention. Diego was an extremely important person for us, he always supported us and accompanied us, “remarked Matera, who was the only speaker in the video and was surrounded by the rest of the Los Pumas team.

While in Australia the team involved tried to wash its image, in Argentina, where Maradona’s death generated endless reminders in all areas, the anger of many fans for the lukewarm cult of the ‘rugbiers’ to ‘D10S’ did not dissipate .

It also happens that, unlike soccer, which is the most popular sport and the one most practiced by the lower classes in Argentina, rugby is considered a sport of the elites, and those who practice it, are often seen – often out of sheer prejudice – as people with right wing ideas.

What followed further complicated the situation of the Argentine national team, because they began to spread old tweets of captain Pablo Matera on social networks, in which he expressed hate and discrimination messages towards black people, Bolivians, Paraguayans, Jews, or their maid.

Matera came out publicly to apologize for the “outrages” he had written in 2012, when he was 18 years old. “I am very ashamed“he said. And added that at the time he did I did not know who “was going to become“.

But in addition to the captain, the players Guido Petti and Santiago Socino fell into the same situation, who at the time also issued xenophobic, misogynistic or class-hatred messages. The scandal at that point was unstoppable, and many Argentines asked that those targeted stop representing the country.

Penalty for the captain and other team members

On Monday afternoon, the Argentine Rugby Union (UAR) issued a statement in which it reported that the organization’s Board of Directors had decided to remove the captaincy from Matera, and suspend him, Petti and Socino from the team, “until your disciplinary situation is defined“.

On the other hand, Matera, who deleted his Twitter account, was summoned to testify by the authorities of Stade Français, the French club where he plays.

Criticism of Los Pumas continued throughout the day. They were accused of being constant losers – against the All Blacks it was defeat 38 a 0— and ungrateful, since on several occasions Maradona supported them and went to encourage them from the rostrum.

There was also room for countless memes about what happened.

These were the details of the news The cancellation of Los Pumas? Xenophobic and misogynistic tweets from the Argentine rugby team revealed after the “disappointing” tribute to Maradona for this day. We hope that we have succeeded by giving you the full details and information. To follow all our news, you can subscribe to the alerts system or to one of our different systems to provide you with all that is new.