Barca set to pay fine for Messi’s tribute to Maradona –... 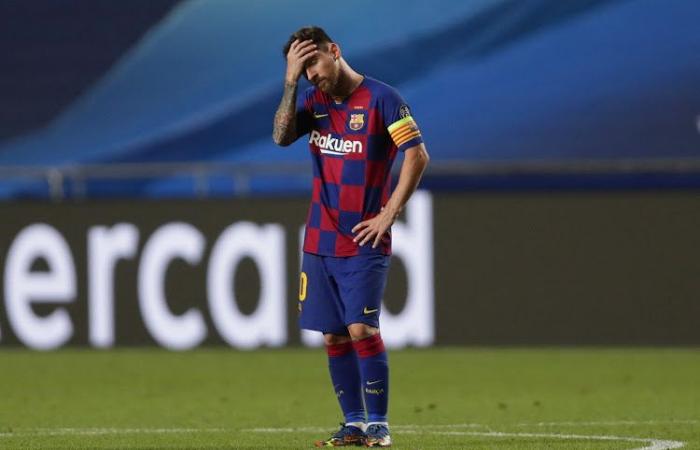 The strict application of the regulations should result in a fine for FC Barcelona for the tribute paid by Lionel Messi to Diego Maradona.

Lionel Messi scored a goal worthy of Diego Maradona this weekend against Osasuna and, unsurprisingly, paid tribute to Pibe de Oro who died on November 25. The six-time Ballon d’Or took off his jersey, revealing a jersey for Newell’s Old Boys, the club where Maradona played at the end of his career and where Messi himself was trained.

But this beautiful gesture should be worth, according to Sport, a fine to FC Barcelona (and already earned the player a yellow card on the spot). Any player who, on the occasion of a goal, lifts his jersey and displays “any kind of advertisement, slogan, legend, acronym, anagrams or drawings” and this “whatever its content or the purpose of the action” , will be punished with a fine of up to 3000 euros. And Messi’s tribute to Maradona should be no exception …

These were the details of the news Barca set to pay fine for Messi’s tribute to Maradona –... for this day. We hope that we have succeeded by giving you the full details and information. To follow all our news, you can subscribe to the alerts system or to one of our different systems to provide you with all that is new.