The 10 Beatles songs most despised by John Lennon 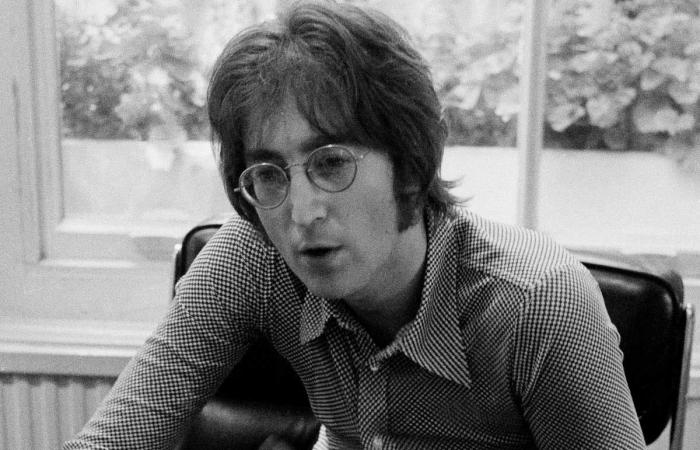 Throughout his successful career, The Beatles they recorded more than 200 songs but, unsurprisingly, not all of them had the same weight. In the years after their separation, John Lennon spoke on many occasions about the inner workings of the band, his relationship with Paul McCartney and his favorite songs and albums of the group.

However, how could it be otherwise, he also expressed himself openly about those songs that he did not like so much and even hated. For this reason, and from a series of interviews given by the former Beatle, the site Far Out Magazine put together a list with the songs of the band most “hated” by Lennon, from “Run For Your Life” to “It’s Only Love “to” Let It Be “.

Written by Lennon, “Run For Your Life“It had negative reviews especially for its macho and violent lyrics. In a conversation with Rolling Stone magazine in 1970, the musician said:” I always hated it, you know. I never liked it. She was inspired – and this is a very loose connection – by ‘Baby Let’s Play House.’ There was a line on it that said ‘I’d rather see you dead, little girl, than with another man,’ so I wrote it around that, but I didn’t think it was that important. “

Another song he hated was “Lovely Rita“, from the album Sgt. Pepper’s Lonely Hearts Club Band (1967). The song was written and sung by McCartney and narrates the narrator’s affection for a traffic inspector, something that was silly and absurd for Lennon: “I’m not interested in writing about people like that. I like to write about myself, because I know myself.” he said about it.

Continuing with the list appears “When I’m Sixty-Four“Another theme from that album. This was one of the first tracks written by McCartney when he was 16 years old and tells the story of a young man who plans to grow old with his beloved. Lennon was once asked who wrote the song and he replied: “Paul, completely. I would never dream of writing a song like that. “

Continuing with McCartney’s compositions appears “Hello, Goodbye”, Which angered Lennon because she was cast to be the A-side of” I Am the Walrus. ” In conversations with Playboy, John said: “It wasn’t a great piece. Three minutes of meaningless contradictions and juxtapositions. The best thing was the ending, we all improvised in the studio and I played the piano.”

Stepping away from the songs written by Paul for a while, Lennon also criticized “Lucy in the Sky With DiamondsInspired by a song his son Julian sang in kindergarten, the song seemed to have some sentimental value, but Lennon did not remember it fondly: “I heard ‘Lucy in the Sky With Diamonds’ last night. It’s lousy, you know? The track is terrible. I mean, it’s a great song, but it’s not a great track because it wasn’t done the right way. Do you know what I mean? “He confessed on one occasion.

Another subject of his authorship with which he was very hard is “It’s Only Love” of the disk Help! (1965): “That’s the only song of mine that I really hate. Terrible lyrics,” he said in an interview with Hit Parader Magazine. Back in 1980 he declared: “I always thought it was a pathetic and disgusting song. The lyrics were terrible. I always hated that song.”

The surprise on the list is “Let It Be“A true classic that is probably a fan favorite of the British band.” That’s Paul. It has nothing to do with The Beatles. It could have been Wings. I don’t know what Paul was thinking when he wrote it, “he told David Sheff in 1980.

“Run for Your Life”

“Lucy in the Sky with Diamonds”

These were the details of the news The 10 Beatles songs most despised by John Lennon for this day. We hope that we have succeeded by giving you the full details and information. To follow all our news, you can subscribe to the alerts system or to one of our different systems to provide you with all that is new.